FIRST Bus has unveiled its fleet of open-top double-deckers ahead of launching its city tour operation in the Capital on Monday in the latest escalation of Edinburgh's bus wars.

The new hop on hop off service will operate under the "Bright Bus Tours" brand, with prices undercutting those for the similar Edinburgh Bus Tours service run by council-owned Lothian Buses. 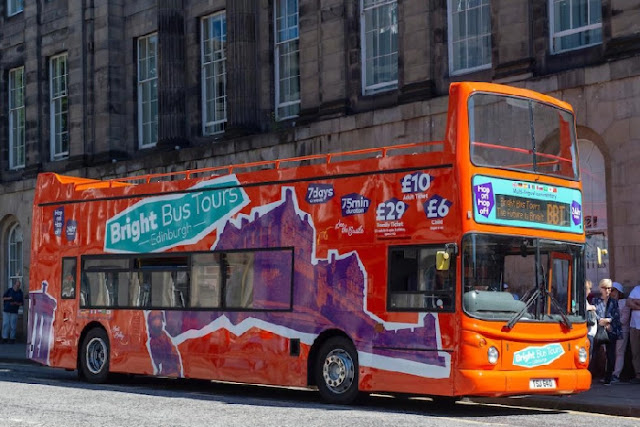 First hailed the venture as "an exciting new chapter for the Edinburgh tours market". Buses will leave every ten minutes from Waverley Bridge, following a route which takes in the Castle, Dynamic Earth, the Scottish Parliament, the National Museum of Scotland and Greyfriars Bobby.


First said 14 refurbished open-top vehicles would operate the new service, based at the First West Lothian depot in Livingston, and the company has a new operations office on Princes Street for the frontline staff.

Monday's launch follows a teaser campaign by First which is seen as part of the latest bus wars between the two companies, an echo of the battle which raged between them for 18 months around 2001. 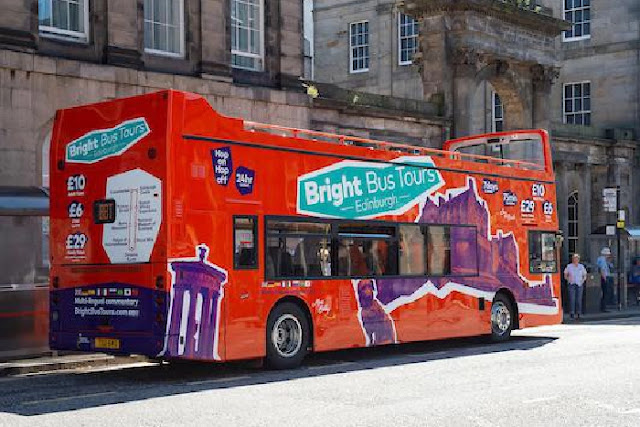 Andrew Jarvis, managing director for Bright Bus Tours, said: “It is an unbelievably exciting time for everyone at First as we launch this new venture. It has been a huge challenge for everyone involved, but our proposition is one that will stand out from the crowd and have an immediate impact in the market. This is something we see as part of a larger plan moving forward for the business and further investment is likely as the product develops.


“We have identified a gap in the market, to meet the demand of the ever-increasing tourism numbers to the capital and we look forward to bringing something different to the market. The city of Edinburgh has been so welcoming with new jobs created and many new partnerships struck. All of the staff are in place and training is now complete, so we look forward to getting underway now on July 1.”

The boss of First Bus has warned the cost of the bus wars which has broken out in Edinburgh is not sustainable in the long term. Andrew Jarvis said he was sure the Capital’s booming tourism market could support more than one operator. But he made clear the wider battle – which has seen the two companies encroach on each other’s traditional territory – could not go on indefinitely.

Mr Jarvis, managing director of First Bus in Scotland, said: “Both in overall look and feel ours will be quite different – and quite a different set of price points as well. The growth in the tourism market in Edinburgh hasn’t gone unnoticed so we’ve decided to launch a new operation.”

Mr Jarvis said: “We will just be concentrating on one route that takes in all the main tourist attractions.” He said First Bus had acquired 14 buses for the all-year-round operation. “They’ve nearly all been retro-fitted with updated Euro 4 engines to keep emissions as low as we can for a start-up business. but the vast majority can be upgraded to full Euro 6 compliance for the Low Emission Zone.”

It is seen as an echo of the bus wars which raged between the two companies for 18 months around 2001 – before Mr Jarvis was involved in the industry in Scotland. He said: “It’s a deregulated market – operators can operate wherever they choose so long as they operate reliably. It’s good for the passenger because they are getting a lot more choice of service. Whether it’s sustainable in the long term – I do have my thoughts on that. How sustainable is it for two large businesses to sustain ongoing losses? Two big  businesses can afford to do it for a period of time. In terms of the new operation – any start-up business is going to incur initial losses. We’re spending money on refurbishing vehicles and we’ve got no revenue to pay for it.” But he insisted: “I’m more than confident the Edinburgh tourism market can cope with more than one operator operating services, absolutely convinced.”