The Go-Ahead Group plc has announced its trading update for the period from 30 December 2018 to 5 June 2019. The next scheduled update is the Group's full year results for the year ending 29 June 2019 which will be announced on 5 September 2019.

The year to date growth rates in the announcement are for the period from 1 July 2018 to 27 April 2019.
Overview

"I'm pleased to report that we have delivered revenue growth in all three of our business divisions. This performance is driven by our commitment to continually improving services for our bus and rail customers and I'm delighted with our recent results in reliability and satisfaction levels.
"In bus, service performance levels in our London operations remain high resulting in continued growth in Quality Incentive Contract income. Service levels also remain high in our regional bus business, which recently achieved the industry's highest ever customer satisfaction score of 92%, with Go-Ahead topping the league table for punctuality and journey time.
"In rail, Southeastern remains the best performing large UK train franchise, with the highest levels of punctuality in its history. Service levels at GTR continue to improve with punctuality for the month of April reaching 89.3%, a record level for the franchise, after nine consecutive months of year on year improvement.
"PickMeUp in Oxford is growing in popularity, with 25,000 people now registered to use our app-based service and over 130,000 journeys made since its launch in June 2018.  On the back of this successful pilot, we have recently won a year-long contract from TfL across the borough of Sutton, in partnership with ViaVan.
"Our international bus operations in Singapore and Dublin are trading ahead of expectations, and we look forward to operating rail services in Germany from this weekend. Our international development teams continue to work on contract opportunities in our target markets and there is also a strong pipeline in these areas."
Bus 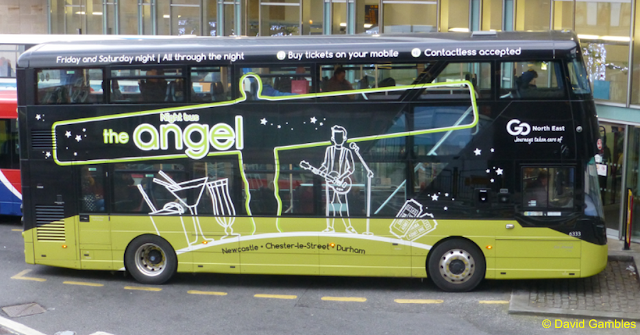 We are pleased that we continue to grow passenger volumes and revenues, albeit at a lower yield due to our targeted campaigns aimed at younger passengers.  We have plans in place to improve yields whilst ensuring we continue to grow our customer numbers and manage the cost base. In the second half of the year operating profit is expected to be in line with the second half of last year.

We have now completed the acquisition of the Queens Road bus depot in Manchester from FirstGroup and began operating 22 routes with 173 buses earlier this week.

Growth Rate Year to date*
*Revenue, mileage and PVR growth rates exclude the impact of the Dublin bus contract which began in September 2018. 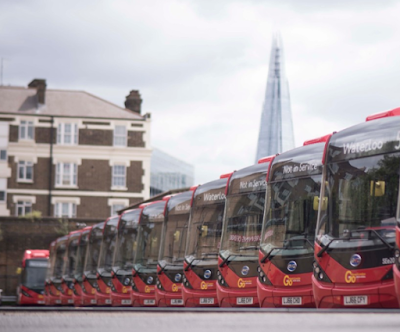 Our expectations for the full year have increased and we now anticipate a stronger financial performance than last year. This reflects a strong operational performance in London which has resulted in higher Quality Incentive Contract income. Singapore's operations also performed well and our first contract in Dublin has been successfully mobilised.

As expected, mileage and peak vehicle requirement were down year on year due to contracts lost during the prior year. We anticipate growth in both metrics next year as new contracts are introduced.

With over 60 per cent of our contracts in London having been re-tendered over the past two financial years, the majority of our bidding activity over the next few years will be focused on new contracts and we continue to bid with financial discipline.

We will begin a second bus contract in Dublin before the end of the calendar year operating routes to commuter towns outside of Dublin.

The rail division operates the Southeastern and GTR franchises through our 65% owned subsidiary, Govia.
Southeastern

Southeastern continues to perform well. Growth in passenger journeys and revenue remains strong albeit at a slower rate than at the half year, as the comparative period includes the benefit of London Bridge reopening in January 2018. We continue to focus on customer service and operational performance in partnership with Network Rail.
We remain in discussions with the DfT regarding an extension to the current contract and we await the outcome of the new South Eastern franchise competition.

GTR
GTR's operational performance has consistently improved over the last nine months with punctuality reaching record levels for the franchise and cancellation rates at an all-time low.
As previously reported, GTR is not expected to contribute to Group profitability in the current financial year following the settlement reached with the DfT last December.
International rail

Following a four-year mobilisation period, two of the five secured rail contracts in Germany are commencing operations. Our team in Germany is preparing for the introduction of our third contract in December 2019. In the same month we will begin operating rail routes in Norway.
https://www.go-ahead.com/en/our-companies/rail.html

CFO Appointment
As announced this week, Interim Chief Financial Officer Elodie Brian has been confirmed as permanent CFO of The Go-Ahead Group. Elodie has been in the role since December 2018, previously having been Finance and Contracts Director at Southeastern.