The European Union is to grant Turkey 275 million euros (£250 million) to fund a section of a 155-kilometre (96 mile) railway line from Istanbul to the Bulgarian border under an agreement signed last week.

The 1.1 billion Halkali-Kapikule project is the fourth major railway to be partly financed by the EU, which has so far provided around 840 million euros (£750 million) in grants for Turkish railways in the past eight years. 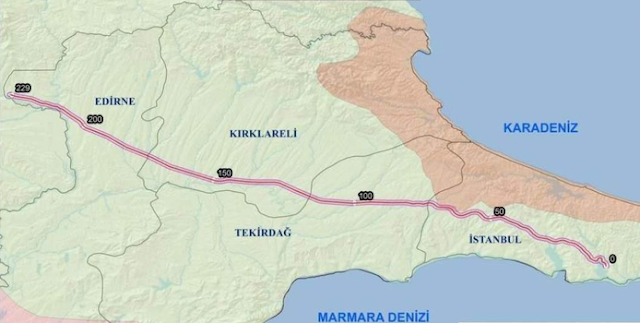 The agreement will help fund the construction of almost half of the Halkali-Kapikule line with the remainder to be financed by Turkey’s State Railway (TCDD).

Christian Berger, the head of the EU delegation to Turkey, said the project would facilitate freight transportation between Asia and Europe.

The double track high speed line to be used by passenger trains running between Istanbul and Europe with a speed of 200 km/h, following a different route than current railway but using same stations at Halkali, Cerkezkoy, Edirne and Kapikule:

High speed trans will run between Turkey and Europe.
Some of the tourism traffic between Edirne and Istanbul (3 mn people annually) will shift to rail.
Some of the passengers crossing Kapikule (2.5 mn annuallay) will move to trains. 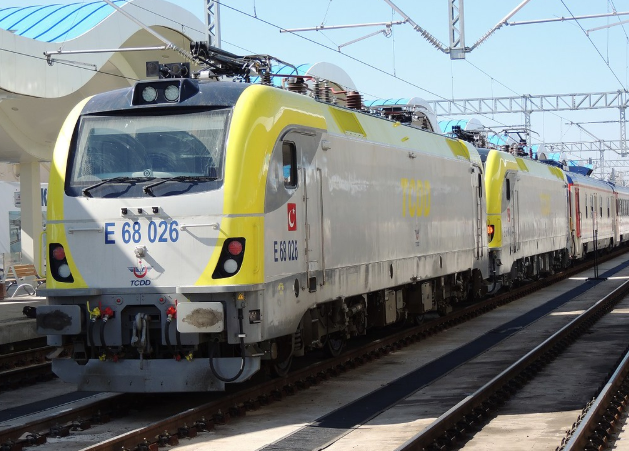 Turkish Transport and Infrastructure Minister Mehmet Cahit Turhan said the project would help show Turkey’s commitment to working together with the bloc.

“I wish for this project, which will make our unification process with the EU all the more visible in every aspect, to be beneficial,” Turhan said.

Turkey says EU membership remains one of its top strategic goals even though accession talks, formally launched in 2004, have been stalled for years.

In March, EU lawmakers called to formally suspend Turkey’s accession talks, while the European Commision said last month that Ankara’s bid of joining the bloc was fading as a result of “serious backsliding” on human rights, the judiciary and economic policy. ($1 = 0.8835 euros)