PickMeUp, which is operated by The Go-Ahead Group, has exceeded all forecasts, providing more than 140,000 rides over the last year, at an average of almost 4,000 every week, for the 25,000 passengers who have downloaded the app and registered to travel across Oxford. 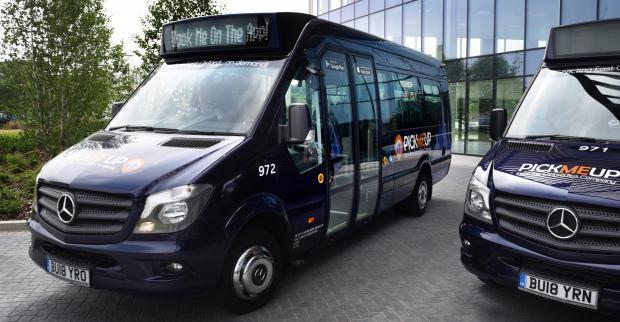 The service allows passenger to summon a bus to their location on-demand using their smartphone, cutting congestion and offering a more environmentally friendly transport solution than high numbers of low-occupancy cars.

Katy Taylor, Commercial and Customer Director at Go-Ahead Group, said: “Reaching the one-year mark with figures that have so far surpassed all predictions is testament to customer appetite for a high-quality service that can modernise the way we travel.

“We are proud to be able to support our customers with a more efficient and sustainable means of moving around the city.

“Following the success in Oxford we continue to look for opportunities to invest in demand-responsive transport, including exploring how other major cities could benefit from these services.”

Since launch, customer demand has seen the service expanded further across Oxford, while its fleet has also grown from six to nine buses, creating a further 26 jobs in the city.

With nearly 390,000 miles covered by the buses so far, the service is actively contributing to reduction of traffic, noise and carbon pollution in the Oxford area by reducing the number of cars on the road and tailoring its service to customer demand.

PickMeUp builds on a record of transport innovation at Go-Ahead, which operates one of Europe’s largest fleets of electric buses. Last year, the company partnered with eight small companies to develop a raft of innovative new services for passengers as part of its landmark transport accelerator programme. The Billion Journey Project is the largest privately funded transport accelerator programme in Europe. 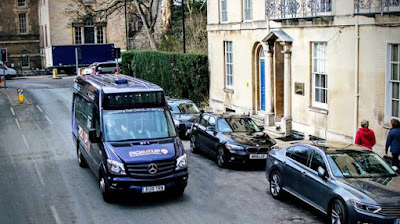 PickMeUp was initially launched to serve business parks in the Eastern Arc of Oxford, which present unique challenges for a traditional service due to heavy congestion generated by limited parking, high numbers of low-occupancy cars and fluctuating demand throughout the day.

However, PickMeUp can offer a more efficient service because routes and times can be tailored to meet customer need and provide Oxford with an option that is both cheaper than a taxi and more flexible than a bus, with trips costing £2.50 when outside of existing bus provision.

Go-Ahead partnered with cutting edge New York ride-sharing startup Via to launch the service. Via is a global leader in ride-sharing technology with operations in New York City, Chicago, Washington DC, London, and Amsterdam, and a growing number of partnerships with cities, public transit authorities, and private operators around the world.