A partnership of Virgin Group, Stagecoach, SNCF and Alstom has applied to launch a rival rail service on the West Coast mainline from London to Liverpool. 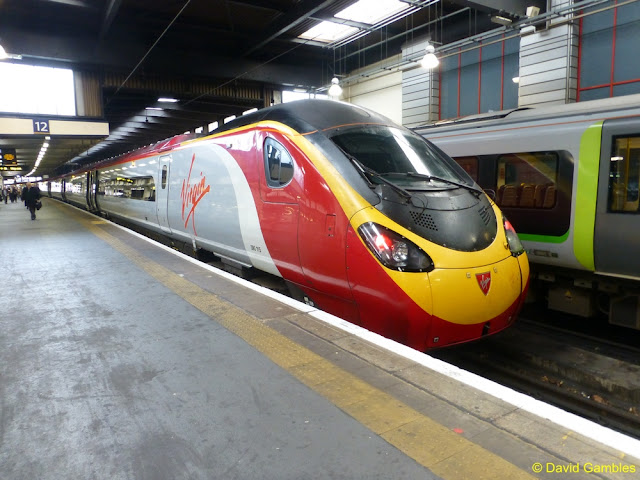 Virgin is 51% owned by Virgin Group and 49% owned by Stagecoach, plus SNCF and Alstom  has submitted an application to launch open access services from May 2021 -- 14 months after its current West Coast franchise is due to expire.
Virgin Trains has run services on the route since 1997 but its bid for the next franchise was disqualified by the Department for Transport (DfT) in April in a row with Stagecoach over pensions. That decision is now being challenged in court. Virgin Group and Stagecoach have launched legal action against the DfT over the decision, claiming it breached its statutory duties.
Stagecoach has launched separate legal action against the DfT after being barred from bidding for the East Midlands franchise, which has been awarded to Dutch operator Abellio. The travel operator was also banned from bidding for the South Eastern franchises.
In its application for open access services, Virgin Trains said it wants to run hourly services between Liverpool Lime Street and London Euston from May 2021. About 24 trains a day would run, most likely calling at Lichfield, Tamworth, Nuneaton and Liverpool South Parkway.
Applications for open access operations will be considered by rail regulator the Office of Rail and Road (ORR), which says they must generate extra demand rather than simply taking revenue away from incumbent operators.
‘Virgin Trains has led the UK rail industry for 22 years’, said Managing Director Phil Whittingham. ‘But we want to go further. These new services will allow us to take the customer experience on the UK’s railways to the next level and show the rest of the industry how it can be done.’

If successful in its application, Virgin Trains will be able to launch a rival rail service to the winning bidder of the West Coast franchise, which will be revealed this summer.
Examples of  successful open access operators include Heathrow Express, Hull Trains and Grand Central, which all compete with franchised train operators.