Ealing borough is the next London area to receive an on demand bus service to transport residents across the borough.

Transport for London has announced a year-long trial of an on-demand bus service for the area. Passengers use an app to request a seat, and the roving minibus will come pick them up. In TfL's own words:

This is a trial service that does not have a fixed route or schedule, but ‘responds’ to the request to be picked up by the customer. It can be booked at the desired time of travel [6am-1am], primarily through an app, and provide real time updates to customers of vehicle arrival time and guarantees a seat for confirmed bookings. 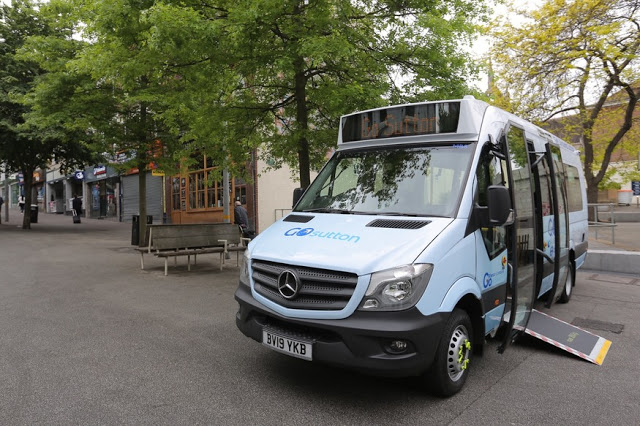 The trial is the second in London, following the launch of a similar scheme in Sutton in May.

here
As with Sutton, Ealing is an area whose population is particularly reliant on cars. It's hoped that the bookable bus will help cut down the number of car journeys in the area.

The fleet of 10 minibuses will be operated by RATP, with MOIA as the technology provider.
The service will run with a fleet of new TGE MAN L4H3 ten-seater mini-buses.

The mini-buses will be Euro VI compliant bringing them in line with the Ultra Low Emission Zone vehicle standards, and will be fully wheelchair accessible.


Journeys on the service will be charged at a flat fare of £3.50 (via app, not Oyster), though Freedom passes and concessions are accepted.

Before the trial begins, TfL wants comments and suggestions from the public. Local people who have thoughts on the matter can have their say on the consultation page.
We look forward to seeing the first results from the Sutton trial, which TfL tells us are expected in late August. Find full details on the Ealing consultation and trial here, and the Sutton trial here.
..