The bus company will be deploying these elegant grey top-spec double deckers - with free wifi, USB chargers and extra legroom - on routes 82 and 87, giving customers in Smethwick and Bearwood the chance to catch them on the high street for the first time. 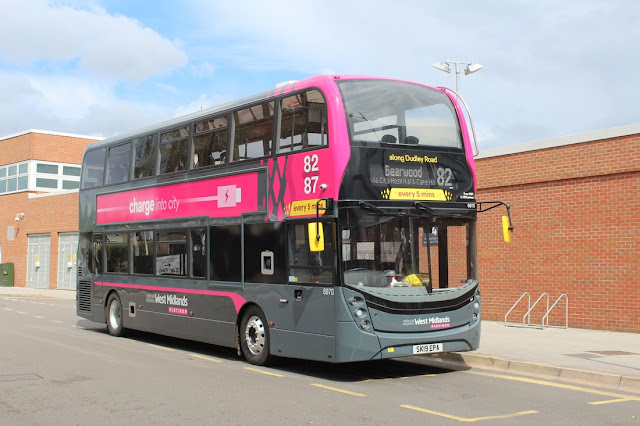 “We know our customers love Platinums. When we ask them what they think, overall satisfaction across all the Platinum routes is 94%. And where we’ve upgraded bus routes to Platinum, we’ve attracted new customers.”

All 24 of the new West Bromwich Platinums are Enviro400 smart hybrids - the cleanest greenest combustion engines on the market, which emit extremely low levels of nitrogen oxide.

Andy Street, the Mayor of the West Midlands, has welcomed the investment.

“These buses are among the best of any region in the whole country, so it is great to see another 24 of them rolled out onto our roads and into Bearwood and Smethwick high streets for the first time.

“Not only do the Platinum buses offer a better experience for passengers, with free wifi and extra legroom, but they are also crucial in the fight against climate change as they produce low emissions and help to get people out of their cars and onto public transport.

“Tackling climate change is one of my priorities as Mayor, which is why I have asked National Express to have a clean bus fleet by 2021. These state-of-the-art buses with their smart hybrid engines are achieving just that.”