Bigger, more visually attractive, and with more and more features, digital displays are becoming a key feature of vehicle cockpits, according to German supplier Bosch. Their engineers believe that in the cockpits of the future, digital displays will play a key role in the interaction between drivers and their vehicles. With its new 3D display products, Bosch is responding to this trend. 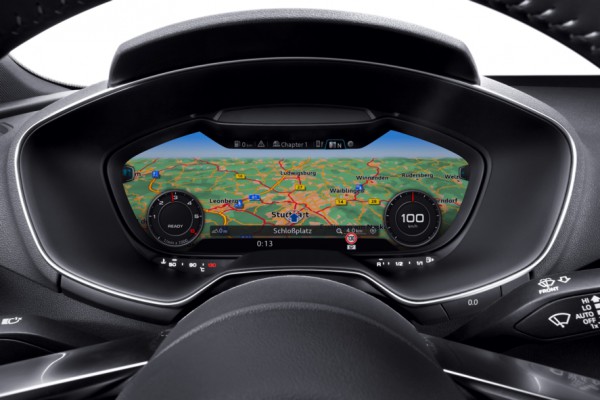 In its press release about this Bosch says that forecasts suggest that the global vehicle display market will double from 15 billion dollars (13.4 billion euros) to 30 billion dollars (26.7 billion euros) by 2025 (source: Global Market Insights).
Bosch believe displays are increasingly becoming interactive systems. Berns: “Alerts that seem to jump out of the display are much more obvious and urgent.” When parking, moreover, the rear-view camera image is more realistic, allowing obstacles to be detected earlier. When navigating street canyons, this 3D effect also plays a decisive role, as the spatial depth of the map display makes it immediately clear which building marks the next turn.


The eyes are responsible for 90 percent of all human sensory perception. Bosch believes the future is all about interaction between users and displays. Its portfolio includes applications of all kinds – from small and flat to large and curved, and sometimes in unusual shapes such as round or with trimmed corners. Interaction even can take the form of voice or touch control – the latter also with haptic* feedback. Especially when the drivers of the future let their autopilot do the driving, the human-machine interface (HMI) will be crucially significant for the interaction between the car and its driver.

Haptics is any form of interaction involving touch. It can refer to: Haptic communication, the means by which people and other animals communicate via touching. Haptic perception, the process of recognizing objects through touch.