As part of the concession for the northern part of the Netherlands earlier won by Dutch operator Qbuzz, the company have now placed an order for 20 fuel cell buses with Belgium manufacturer Van Hool.

Also the transport authority OV-bureau Groningen Drenthe has granted Shell the order to build a hydrogen filling station in the city Groningen as well the contract to supply the hydrogen. 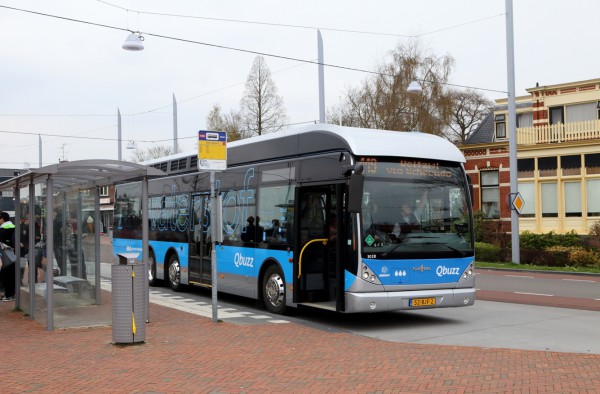 The transport authority OV-bureau, who are responsible for the franchise won by Qbuzz, has now given permission to Qbuzz to order these 20 fuel cell buses. Qbuzz had previously placed orders for a total of 164 electric buses.
The 20 Van Hool fuel cell buses will come into operation in December 2020 and will have a range of 350 to 400 kilometre. The extended range will allow the 20 vehicles to operate on intercity routes in the provinces of Drenthe and Groningen.

Filip Van Hool, CEO of Van Hool commented: "This is the second largest order for hydrogen buses, after the 40 hydrogen buses for Cologne-Wüppertal, since Van Hool started designing, developing and building hydrogen buses in 2005.” 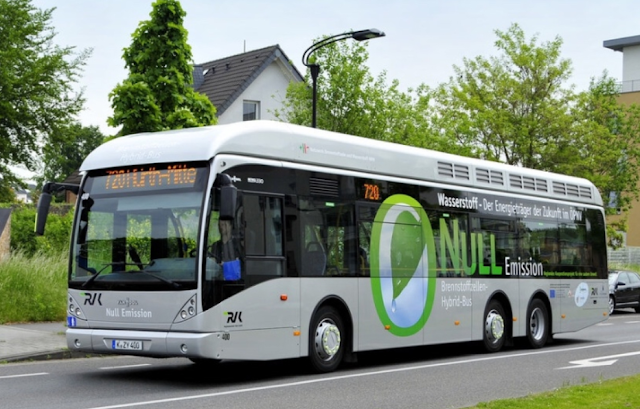 Van Hool has already built or is producing 131 hydrogen buses for North America (21) and Europe (110). The transport authority and Qbuzz already have been running a pilot project with two Van Hool fuel cell buses since December 2017.

The pilot project and the 20 new buses and filling station are financed by the Dutch ministry of Infrastructure, the EU via the project FCHJU (HighVLOCity en JIVE2) and the provinces Groningen and Drenthe.