Staff and volunteers at Locomotion in Shildon are celebrating the completion of a five-year project to restore 2HAP carriage no. 4308—thought to be Britain’s busiest surviving rail vehicle. 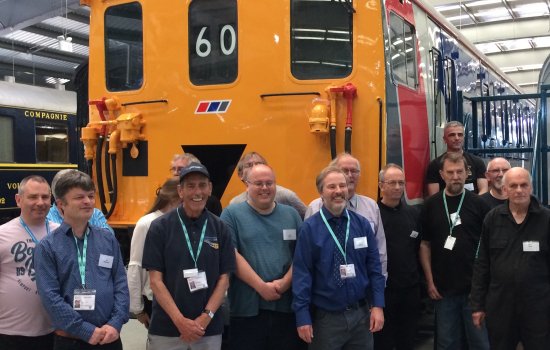 Nicknamed ‘Project Commuter’, the restoration began in 2014 and was led by Chris Osman from the Network South East Railway Society, involving staff and volunteers at the National Railway Museum and Locomotion.


The two-car 2HAP electric multiple units with slam doors would have been a familiar sight to commuters in the South of England, where they operated for more than three decades. Unit number 4308 is distinctive for having travelled a record-breaking 2.7m miles and carrying an estimated 5.3m passengers during its working life.

Project Commuter began in York where the interior of the car was stripped and seat cushions and backs were cleaned. Metalwork was cleaned and repainted, aisle ends were varnished and seat bases re-trimmed.
At this point, corrosion in the bodyshell was found to be worse than first thought and the unit was transferred to Shildon where the workshop team began the painstaking task of stripping the carriage back to bare metal and replacing damaged metal and timber. 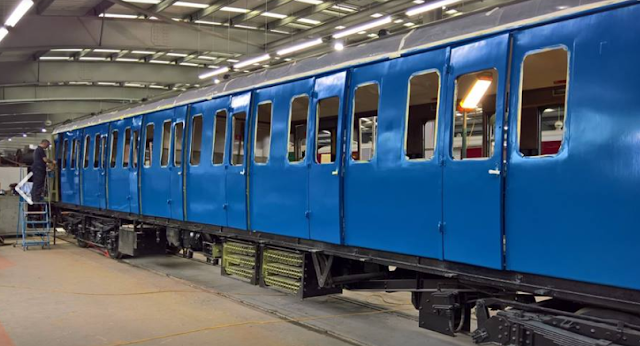 Once all repairs were complete, the carriage body was repainted with Network South East livery on one side and British Rail blue and grey on the other—both of which would have been carried at different points in the unit’s history. The 2HAP is the first and only vehicle in the National Collection to feature a dual livery. The repaint also included details such as the black triangle used to indicate the position of the guard’s van. 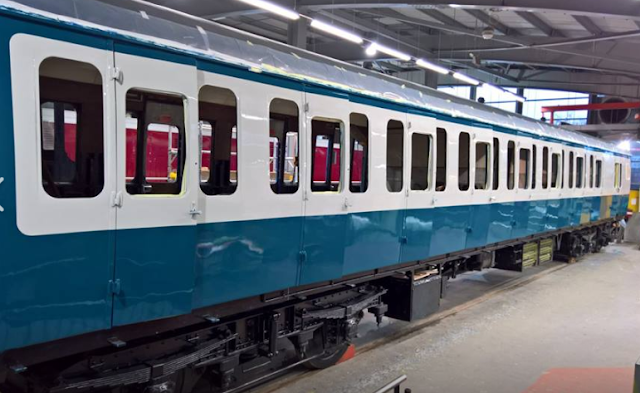 By October 2018, the new floor had been laid and seats reinstalled featuring a specially manufactured, authentic moquette.

The completed 2HAP unit is on display at Locomotion and work is underway to restore the second carriage, which should be complete by the end of the year.

Chris Osman said: “Without our team of volunteers who were active in York and Shildon, the restoration could not have been completed so thank you to everyone who has supported the project since 2014 for your ongoing dedication.”

The name ‘2HAP’ indicates that the train is formed of two carriages—and only one of these has a toilet compartment (something of a problem on longer commutes, as the carriages were not linked).

The 2HAP unit was built at Eastleigh Works in 1959 for phase one of the Kent Coast electrification, a £25m scheme that replaced steam-hauled trains from London to Dover, Folkestone, Ramsgate and Sheerness.
To mark the carriage’s 60th birthday, Locomotion organised a public event which gave visitors the chance to see the finished carriage, to climb inside the refurbished interior and to find out more about volunteering.

Staff and volunteers also ran behind-the-scenes workshop tours to give visitors a glimpse of current and future restoration projects. The event was part of a season of public events and activities at Locomotion to celebrate the museum's 15th birthday, which falls on 22 September.
Head of Locomotion Sarah Price said: “I am very pleased to celebrate the completion of the first 2HAP unit. Since 2006, workshop trainees and volunteers at Locomotion have restored 18 rail vehicles, making a very significant contribution to preserving the UK’s railway history – something they can be very proud of.”