SNCF has selected CAF as preferred bidder for a €700m contract to supply 28 electric multiple-units for medium and long-distance Intercités services on the Paris – Clermont-Ferrand and Paris – Limoges – Toulouse routes. 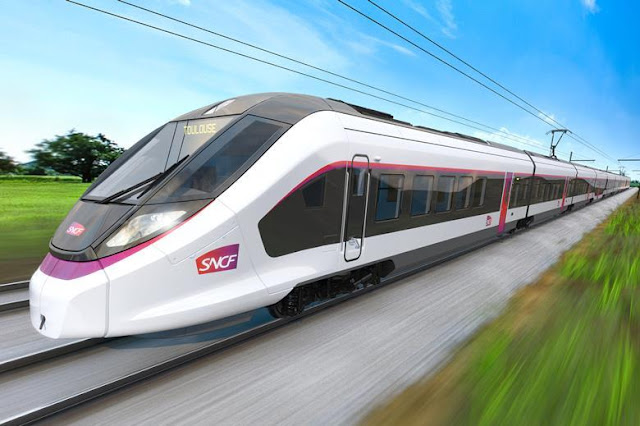 There would be options for up to 75 more train-sets, including 15 which could be used on the Bordeaux – Marseille route.

CAF’s offer was awarded the highest score when the bids were reviewed for technical performance, innovation and cost by SNCF and the Directorate General of Infrastructures, Transport & the Sea on September 17.
SNCF confirmed the Spanish company as the preferred bidder the following day, and the formal award decision is to be taken by its board on October 24.

Plans to order ‘premium quality’ trains as part of a programme to revitalise Trains d’Equilibre du Territoire long-distance passenger services on the conventional network were announced by the French government in February 2016.

CAF said its winning proposal had been designed to provide a ‘decisive leap in quality standards’ on medium and long-distance routes.

The EMUs would have a maximum speed of 200 km/h, with ‘high standards of comfort’, including ergonomic seats, wi-fi, power sockets and USB ports. There would be 10 cycle spaces, galleys for ‘high quality’ trolley catering, and facilities to enable passengers with reduced mobility to board without assistance.

CAF would manufacturer the EMUs at its Bagnères‐de‐Bigorre site in France and Beasain in Spain.

The company said it would invest €30m in the Bagnères‐de‐Bigorre plant, which would become an ‘industrial campus’ with 11 000 m2 of new workshops and a training centre. The number of employees could increase from 100 to 350, with several hundred indirect jobs at CAF and at its French suppliers.