Introduction of New Trains by Northern to Serve Blackpool.

Blackpool is one of the first towns in the North to receive Northern’s new trains and the state-of-the-art fleet will connect the town with key cities and region across the network. 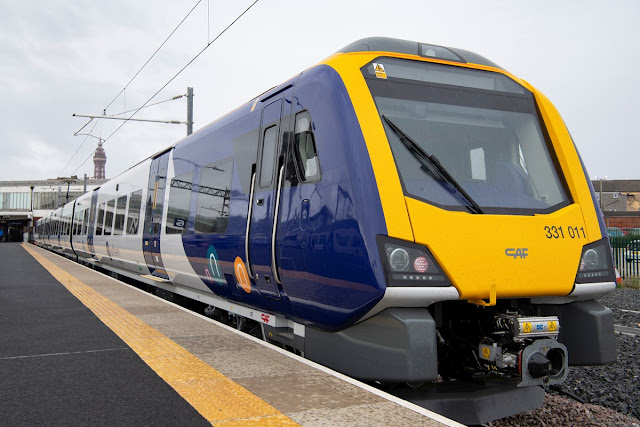 Paul Maynard MP for Blackpool North and Minister for Transport joined Northern and other community leaders and representatives at Blackpool North for an event and ride out on the new trains.

Paul said: ““The rollout of new, modern trains across the Northern network is a landmark moment in delivering better journeys for passengers.

“We want to see significant improvements in performance across the north to get trains running on time. The government is investing heavily in transforming services, Northern has started to retire the first Pacers, and we have already seen an extra 2,000 services introduced every week. There’s still much to do, but this is a great start.” 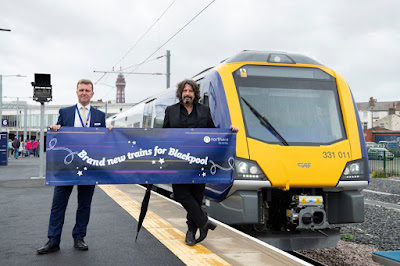 These new trains feature free
Wi-Fi, air-conditioning, at-seat power and customer information/media screens with real-time information. They are also more spacious for customers and are fully accessible with spaces for wheel chairs and cycles.

Northern has ordered 101 new trains as part of a £500m investment in rail in the North. There are already 15 trains operating on a number of routes and more will follow throughout 2019 and into 2020.

David Brown, Northern’s Managing Director said: “The Northern network is busier than it has been for a generation – more than 100 million customer journeys will be made on Northern services in 2019 – and the introduction of new trains is at the heart of our transformation for customers.

“We are delighted therefore that customers travelling to and from Blackpool will now be served by brand new trains.

“These fantastic trains are a true step-change in travelling experience and we are extremely proud to be delivering a £500m investment.

“From early September we will have 20 brand new trains carrying customers, with more to come throughout 2019 and into 2020.” 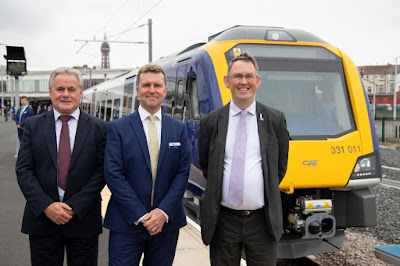 John Blackledge, Director of Community and Environment at Blackpool Council, who was also at the launch said: “I am delighted that Northern’s new trains will be soon be operating to and from Blackpool and across the north of England. They have been long awaited and no doubt there have been challenges, but they are fantastic vehicles that will make a real difference to everyone’s travelling experience.

“The new trains, coupled with investment and transformation of local bus and tram services, means Blackpool is better connected than ever before and residents of – and visitors to – our great town now have fantastic transport options.

“Northern’s new trains will enable better access to employment, to business and to education and will no doubt support our critical tourism market. They are a vital step to a better connected Blackpool and north of England.”

Northern’s new trains are part of the largest modernisation programme in a generation that is transforming travel in the north of England. It is currently fully refurbishing its existing fleet of 243 trains, improving its stations and has introduced more than 2,000 extra services every week since 2016.

Friday 30 August marked the switch on the Blackpool Illuminations of which Northern is delighted to be a Sponsoring Partner.

Update The class 331 electric trains have also begun running on the Airedale and Wharfedale lines.

Northern is operating the Class 331s between Leeds and Skipton/Ilkley, calling at Bradford Forster Square.
Steve Hopkinson, Northern regional director, said: "We promised our customers improved trains and there can be no doubt we have started to deliver on that promise.
"The new trains now run alongside existing Class 333s, which themselves have been refurbished and updated.
"So now, wherever our customers travel between Leeds and Skipton/Ilkley, they will have a much better journey experience than ever before."
The operator says the move is part of a £500 million investment.
Fifteen of the new trains are now running on a number of routes, with more to follow throughout this year and next.