An electric double decker bus is operating in Jersey for the first time.


The six week trial is taking place on the number 15 route between St Helier and the airport. 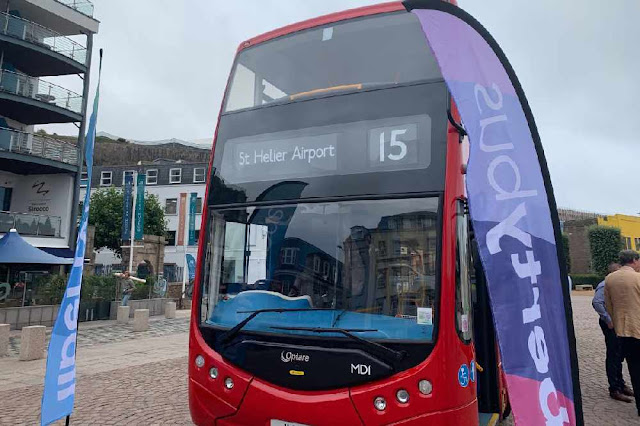 The Optare Metrodecker +EV is being loaned to LibertyBus who will collect feedback on its punctuality, reliability and the experience on board.

Politicians in the island are hoping that the trial will help with the government's aims of making Jersey carbon neutral by 2030.

Jersey's government declared a 'climate change emergency' back in May

The Optare Metrodecker +EV has previously been demonstrated in various UK locations, one of which was with FirstBus in York.


Thanks to a significant investment by First York and funding secured by City of York Council from the Office for Low Emission Vehicles (OLEV) York will soon be home to one of the biggest fleets of double deck electric buses outside of London.


The innovative Metrodecker EV has been developed from the wheels up by Leeds manufacturer Optare, with support from its customers, vendors and partners.
The unique integral space frame design of the Metrodecker EV means it weighs in at only a few hundred Kilos more than the diesel equivalent and has a plated GVW of 18000kg.


Following trials, 68 of the new electric double-deckers have been ordered to operate in London and will carry over 90 passengers with a range of over 150 miles on a single charge.