Stephenson’s Rocket will join legends of the steam age such as Mallard and Flying Scotsman this Autumn as the historic locomotive goes on long term display at the National Railway Museum in York.

The engine arrived at the museum on Leeman Road on a low loader on Wednesday, and was welcomed by actor Sir David Jason. 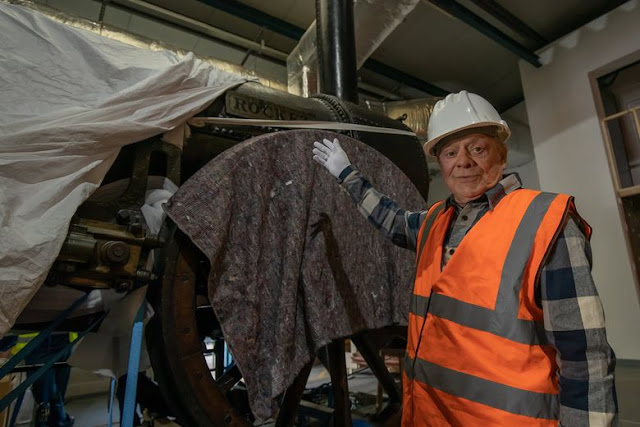 The original Rocket will be displayed at the National Railway Museum for at least a decade initially as part of a new exhibition called Brass, Steel and Fire. Rocket will eventually be one of the stars of the museum’s redeveloped Great Hall which is part of the museum’s £55m ‘Vision 2025’ masterplan. 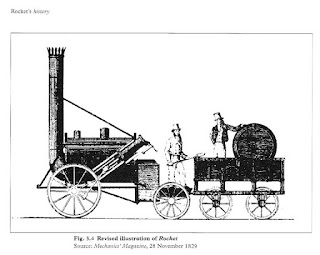 Built in 1829, Rocket is one of the UK’s most historically significant objects. After success at the Rainhill Trials in the same year, the engine operated on the world’s first inter-city passenger railway in 1830 and helped usher in the railway age, shaping the modern world as we know it. Rocket was the only locomotive to successfully complete the Trials, achieving a then remarkable top speed of 30 mph and securing the engine’s place in history.

Designed by George and Robert Stephenson, Rocket's win proved that steam powered locomotives were better at pulling trains than horses or stationary winding engines and that locomotives engines were suitable for widespread use.


"Rocket was not the first steam engine, but it is certainly one of the most significant and it combined all the technological innovations available at the time to create one engine that was faster and more reliable than anything seen before.

“The technology pioneered by Rocket led to the rapid expansion of the railways, which brought widespread social and economic changes that shaped modern Britain as we know it. I am very excited at the prospect of displaying Stephenson’s original Rocket at the National Railway Museum alongside the models of Brass, Steel and Fire which will bring the story of the railways and engineering alive for our visitors.”


Rocket will be displayed in a purpose-built room in Station Hall alongside the museum’s collection of royal carriages and part of the new exhibition Brass, Steel and Fire. This exhibition will open on 26 September and will tell the story of the first 100 years of railway models.

In the early days of the railways, engineers would make small but mechanically accurate models of new locomotives to test their designs before constructing full-size versions. As a result, many priceless models of historically important engines remain, despite the full-size originals being lost to history.

Ahead of the Rainhill Trials, George and Robert Stephenson had no time to build a model and so Rocket became the ultimate full-size model to test the latest technology of the time.

Alongside Rocket, highlights of the Brass, Steel and Fire exhibition include the world’s oldest working model steam engine made in 1836 by Thomas Greener, aged just 16 years old. Thomas became an engineer after working as an apprentice at Shildon Works under Timothy Hackworth. The model is based on a full-size stationary winding engine that would have been used on the Stockton and Darlington Railway to haul coal wagons up steep hills.


“Rocket will join the museum as a potent symbol of what can be achieved through STEM and it will inspire new generations of visitors to pursue their own futures in engineering. It will also represent one of the first signs that our ambitious ‘Vision 2025’ plan to transform the museum is becoming a reality.“

In 2018 to share Rocket with a wider audience, the Science Museum Group announced that the historic locomotive would go on a national tour of significant locations with a strong connection to the engine’s story. This included a visit to the Discovery Museum in Newcastle, the city where Rocket was built, as part of the Great Exhibition of the North.

The engine then went on display at the Science and Industry Museum in Manchester which is based on the site of the Liverpool and Manchester Railway.

Brass, Steel and Fire is kindly supported by Hornbeam Park Developments and players of the People’s Postcode Lottery.