A vehicle for Swiss customer PostAuto is displayed at the show, one of 32 Enviro500 built for operators in Switzerland to date. 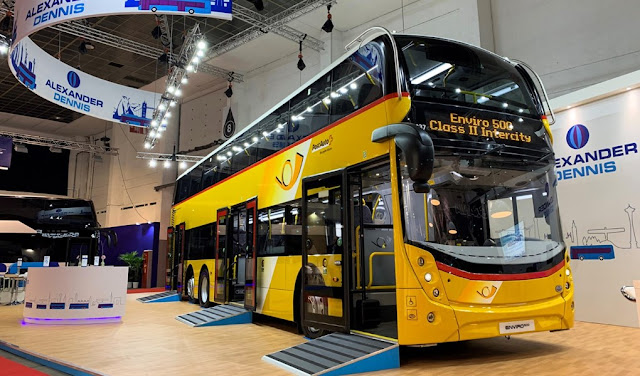 The Enviro500 is the world’s best-selling three axle double deck bus, providing efficient, comfortable, high passenger capacity transport on a compact road footprint. Alexander Dennis has used its global expertise to adapt the Enviro500 to the requirements of European operators, while maintaining benefits from common components and design structures shared with a fleet of over 17,000 double deck buses around the world.

The European Enviro500 is available in Class I specification for urban routes and now also in Class II homologation for interurban and regional services. In this configuration, it offers 74 high-back seats with seatbelts, as well as up to two wheelchair spaces and up to 40 standees. With three doors, two staircases and a fully step-free lower deck, it facilitates rapid passenger flow. The length of 13.0 metres ensures manoeuvrability, while its overall height of 4.0 metres allows it to operate flexibly in all European countries.

Six Class II specification Enviro500 are currently being delivered to PostAuto for services in Eastern Switzerland, where they join 13 similar Class I vehicles. A further batch of 13 Class I buses has also been delivered to Transports publics de la région lausannoise (tl) in the Lausanne Region, taking the total number of Alexander Dennis Enviro500 double deck buses in Switzerland to 32. 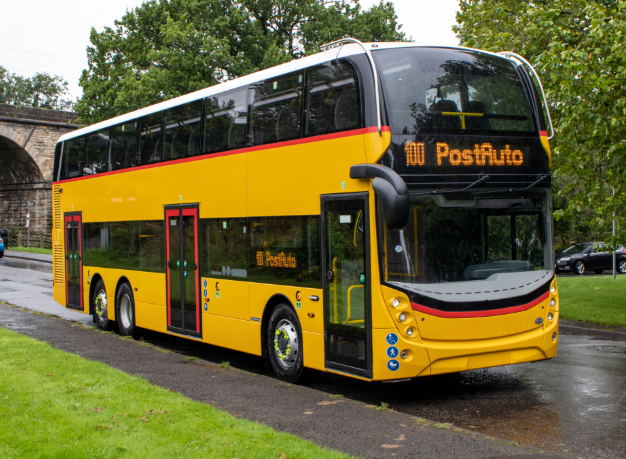 Alexander Dennis, which has been part of leading global independent bus and coach manufacturer NFI Group since May 2019, will further grow its presence in Europe from 2020, when it will begin supplying a new fleet of double deck buses to Berliner Verkehrsbetriebe (BVG) of Berlin. These will be built to a bespoke specification customised to the requirements of bus operation in the German capital, and will be 13.8 metres long and 4.06m high.