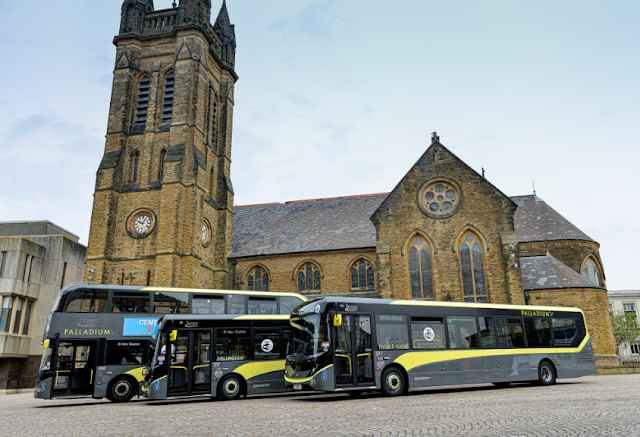 The latest order, signed at the Coach & Bus UK exhibition, is for 15 Enviro200 single deckers and four Enviro400 double deckers, all of which will enter the operator’s fleet next year. They will be built to Blackpool Transport’s high Palladium specification with extensive passenger amenities, including wireless phone charging at all seats. Their low emission Euro 6 engines will be controlled by the SmartPack efficient diesel technology developed by Alexander Dennis, improving fuel economy and further reducing exhaust emissions. 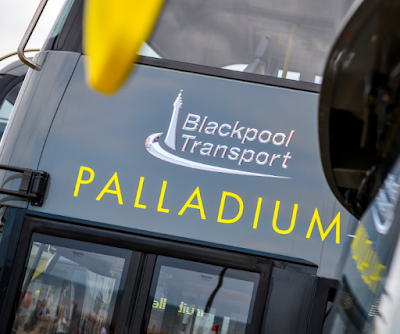 Blackpool Transport and Alexander Dennis have worked together since 2016. The latest order takes the number of Alexander Dennis Enviro200 and Enviro400 buses for the operator to 107, all supported by the manufacturer’s best-in-class aftermarket support including the AD24 digital platform.

The sustained investment has been part of a strategy to ensure that no bus in the council-owned operator’s fleet is older than five years. With the first replacement cycle complete, discussions have begun about a continuation of the programme in order to maintain the high standards now achieved.

Jane Cole, Managing Director of Blackpool Transport, says: “Blackpool Transport has its focus on the concept of customer experience. Our business plan has stopped a decade of customer ridership decline and Blackpool is ready to thrive. Throughout the past four years we are delighted that ADL have delivered high specification buses with an aftersales service that has been everything we wanted from a trusted partner.”
Colin Robertson, Chief Executive at Alexander Dennis, comments: “Over the last years, Blackpool Transport and Alexander Dennis have shown what can be achieved by working in partnership. Blackpool now has perhaps the most modern bus fleet in the country, cutting the operator’s maintenance bill and giving passengers the best possible journey experience. We are proud to have played our part in achieving this transformation.”

MORE FROM THE SHOW

OUR POSTINGS TODAY WILL INCLUDE PICTURES FROM THE IRIZAR AND PELICAN STANDS AS WELL AS VIEWS OF THE OUTSIDE DISPLAY AREA.
THE STAGECOACH AUTONOMOUS ENVIRO200 WILL BE SHOWN CARRYING PASSENGERS AROUND AN OBSTACLE COURSE WHILST THE DRIVER IS SITTING WITH HANDS FOLDED!