Ebusco, based in the Dutch city of Deurne, has received an order from Transdev Netherlands for 156 electric city and regional buses. They will be delivered from November 2020 in the cities of Amsterdam and Haarlem and the surrounding regions. The new electric buses will replace current diesel and gas buses. 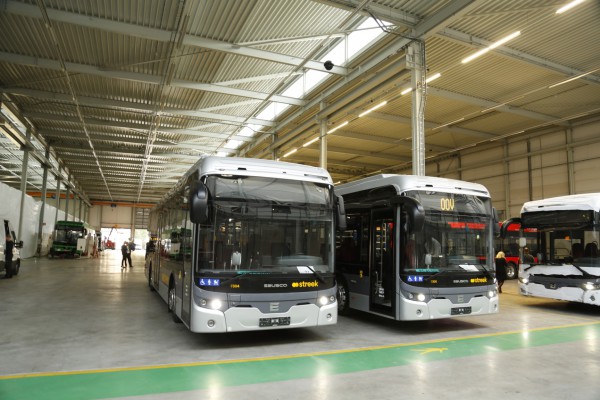 The order is worth 130 million euros. Transdev has chosen Ebusco vehicles because of the potential range of 350 kilometres on a single charge. At Busworld, Ebusco showed a citybus made or composite material. click here
The Ebusco 3.0 - which will weigh only 8500 kilograms - is expected to enter the market in 2022.
The large Transdev order for 156 of its Ebusco 2.2's is the biggest order for Ebusco so far in the seven years they have been manufacturing electric buses.
The Ebusco's are being built in China. The electric buses emit no CO₂ (carbon dioxide), NOx (nitrogen) and particulate matter. This results in 1 kilogram of CO₂ reduction per bus per kilometre driven. Based on this order for 156 vehicles, this results in a reduction of 15 million kilograms of CO₂ reduction over the entire contract period.