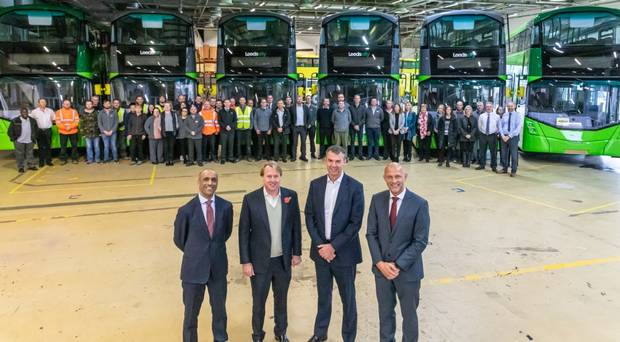 The first 36 units of a 55 bus order were delivered to First Group for use in Leeds, in a deal worth about £13m.

The new owners expect a full production line to be back up and running in 2020.

Wrightbus chief executive Buta Atwal said it is "a clear signal of our intent to drive forward the Wrightbus business and grow the company".

In September, the Ballymena-based bus manufacturer was placed into administration and put up for sale, with about 1,200 people losing their jobs.

The delivery of buses from the Ballymena factory is something staff had feared was a thing of the past.

The business was placed into administration in September, putting 1,200 jobs at risk.

This delivery is a sign that at least some staff are getting back to work, but there is still a question mark over how many will be retained by the new owner, Jo Bamford.

The company is currently recruiting for roles like engineers, technicians and project managers.

But it's not yet clear what size and composition of workforce Mr Bamford requires for his future plans.

The company had suffered cash flow problems and had sought investment or a new owner.

Sixty staff retained by administrators Deloitte have transferred to Bamford and unions hope many more will return when full production starts.

"With the government's recent announcement of a new national bus strategy in 2020, in which decarbonisation will play a key role, we enter an exciting period," said Mr Atwal, who is a former senior JCB executive.

"Wrightbus has the opportunity to lead the way given our track record in manufacturing state of the art zero emission hydrogen buses as well as electric and hybrid models." 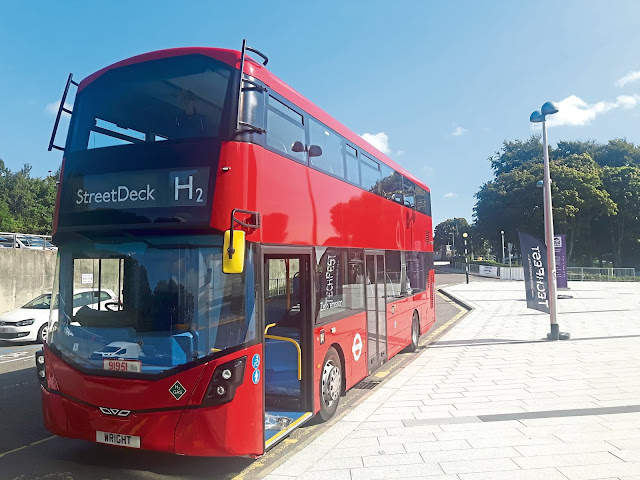 Aberdeen City Council had ordered 15 double-decker buses from Wrightbus earlier this year at a cost of £7.5 million.

However, in September when the company went into administration, this put the vehicles which were due to hit city streets early next year into jeopardy.

The firm was due to deliver 15 of the green machines at £500,000 a vehicle, so now the company is up and running again it is hoped that the vehicles can be delivered on schedule.