An investigation into a train collision in Leeds has revealed more details about the major incident that cancelled services and caused travel disruption for thousands of passengers. 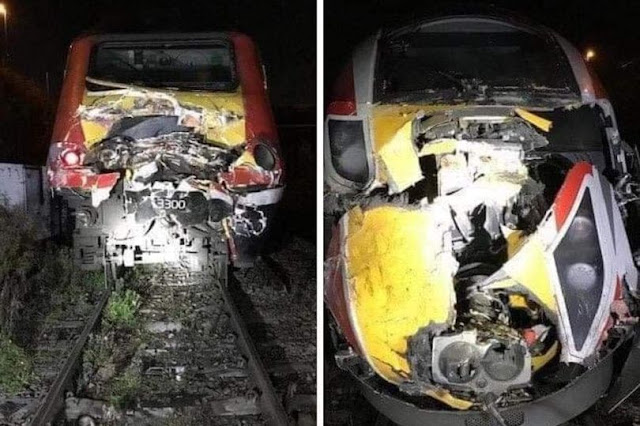 No passengers were travelling on either of the trains at the time of the crash, which "shook houses" near the tracks .

The government's Rail Accident Investigation Branch (RAIB) has conducted an extensive investigation into the crash, which caused significant damage to two trains. 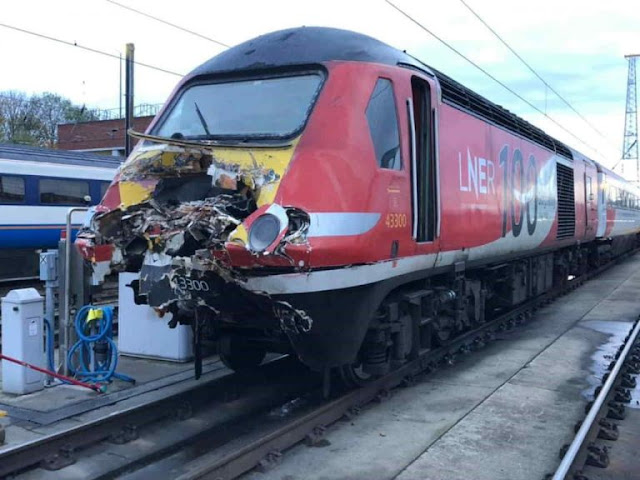 At roughly 9.40pm on Wednesday, November 13, an empty Azuma passenger train approached the maintenance depot at Neville Hill in Leeds and caught up with another empty HST train moving in the same direction on the same track.

Investigators also pointed out that while two trains are allowed to travel close together along the same track at low speeds in the depot, measures are in place to prevent crashes. One of LNER's new Azuma trains that was said to be travelling at 14mph was a nine-coach class 800 vehicle. Its leading end suffered significant damage during the collision, as shown in the photo above.

The second train was an older High Speed Train (HST) set, also comprising of nine coaches and a class 43 locomotive at each end. The trailing class 43 locomotive on this train also suffered significant damage but the coaches remained upright and in place on the tracks.

Worryingly as a result of the collision, the trailing bogie of the second and third coaches and the trailing axle of the fourth coach on the class 800 train derailed to the right in the direction of travel.

Further investigations are due to take place to fully understand the chain of events the led to the accident.

Experts will analyse the actions, training and competence of the staff involved, the designs of both trains, how the power cars react in crash scenarios and any underlying factors.

A full report is due in the coming months.