The number of people opting to travel on Virgin Trains’ Anglo-Scottish services instead of flying has reached record levels, contributing to a drop in carbon emissions.

In the 12 months to July 2019, 29% of passengers chose to travel with Virgin Trains as opposed to flying between Glasgow and London, the UK’s second-busiest domestic air route. 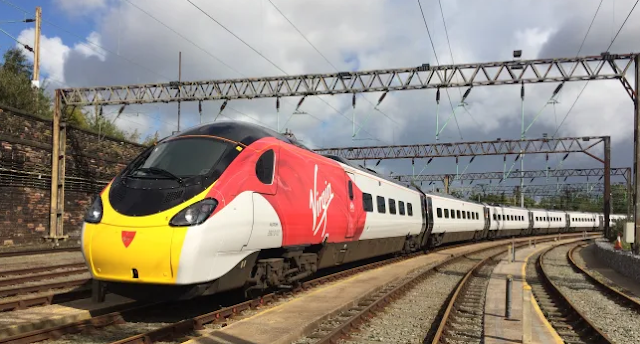 This is nearly two percentage points higher than a previous record set in 2014, when visitor numbers were boosted by the Commonwealth Games, and comes as the number of passengers travelling between England and Scotland’s biggest cities grew over the year by 6% to a new record of 717,592.

The operator’s success in convincing people to choose train over plane has pushed up rail’s overall market share relative to airlines on total journeys between Glasgow/Edinburgh and London, which increased from 34% to a new record of 35% in the 12 months to July 2019.

New analysis by sustainable transport charity Transform Scotland has shown that rail’s increased market share and a reduction in flights has helped drive down carbon emissions between Glasgow and London over this period.**

Colin Howden, Director of Transform Scotland, said: “The current level of air travel is incompatible with the Climate Emergency so it’s heartening to hear that rail is growing its market share over air for travel between between Central Scotland and London. Comparable distances across Europe use rail rather than air as the dominant mode of transport, so it is overdue for Scotland to take action to cut the excessive volume of flights from Edinburgh and Glasgow to London. Rail produces a fifth of the climate emissions that comes from air travel. It’s definitely the greenest option for Anglo-Scottish travel.”

Phil Whittingham, Managing Director of Virgin Trains, said: “The number of people choosing train over plane is testament to the investment and improvement Virgin Trains has made in Anglo-Scottish services over the last two decades. This growth is critical in supporting Scotland’s economy and helping achieve government targets to de-carbonise transport and achieve net zero emissions.”

The new benchmark comes after 22 years of investment and improvement in Anglo-Scottish services by Virgin Trains, and as the franchise to operate West Coast passenger services is due to be handed over to First Trenitalia on December 8. 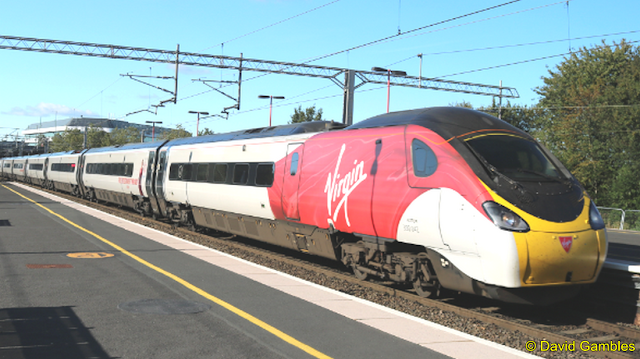 Virgin’s tenure has seen the introduction of tilting Pendolino trains, a new focus on customer service and the launch of the revolutionary Virgin High Frequency timetable a decade ago which delivered faster, more frequent services to Scotland.

In 2017, Virgin Trains commissioned research by sustainable transport charity Transform Scotland which showed the carbon savings delivered by modal shift from air to rail between Glasgow and London between 2005 and 2015 amounted the equivalent of taking 145,000 cars off the road for a year.