Ken Jones has visited Birmingham city centre to travel on and photograph the trams now running between Grand Central and Centenary Square.


In a UK first, all of the trams serving Centenary Square will all run on battery power from Grand Central which preserves the visual aesthetics of this part of the city centre and also has saved on the cost of erecting the catenary.

There will be be no overhead cables obscuring the views of landmarks including the 1879 Council House and 1834 Birmingham Town Hall.

There has been no fanfare of an opening ceremony although it is thought there will be an official opening in the New Year. 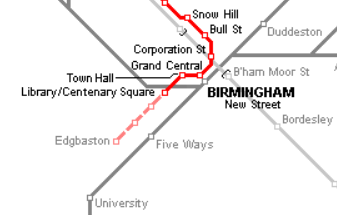 In addition the information on the westbound platform at Grand Central still reads 'use this platform for Wolverhampton', confusing many people, but they were not charged by conductors for their extra ride. Trams currently have about 4 min at Library Centenary Square

The pantographs are raised and lowered at Grand Central platforms 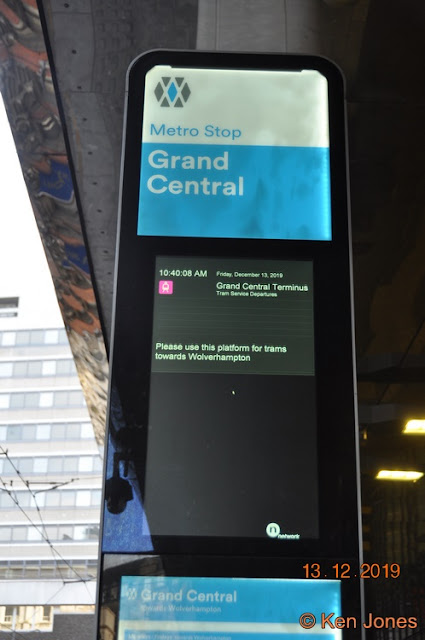 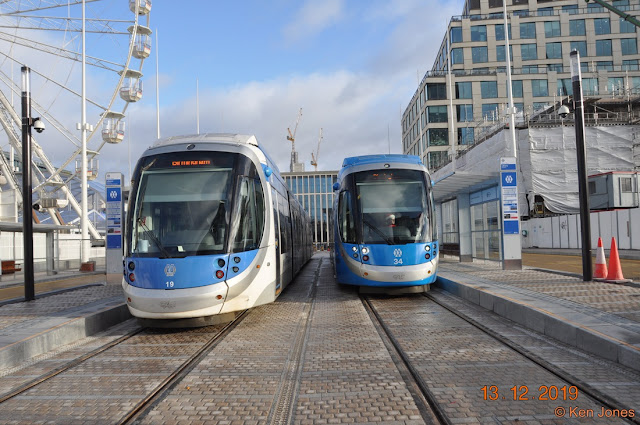 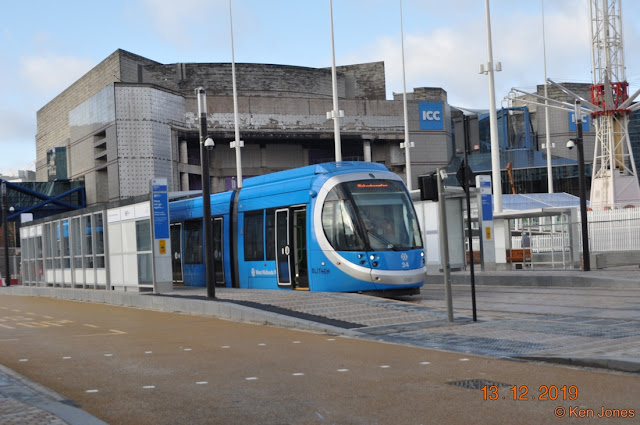 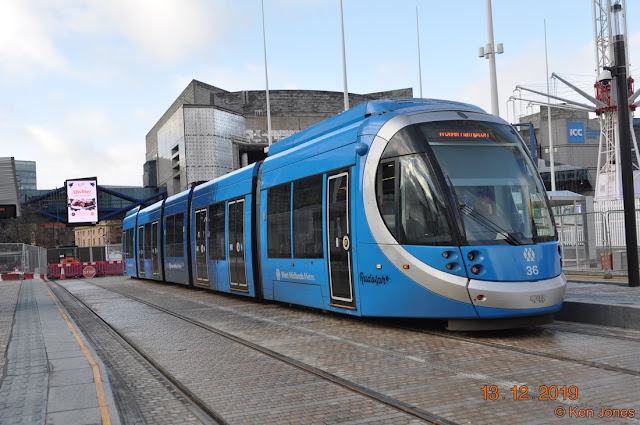 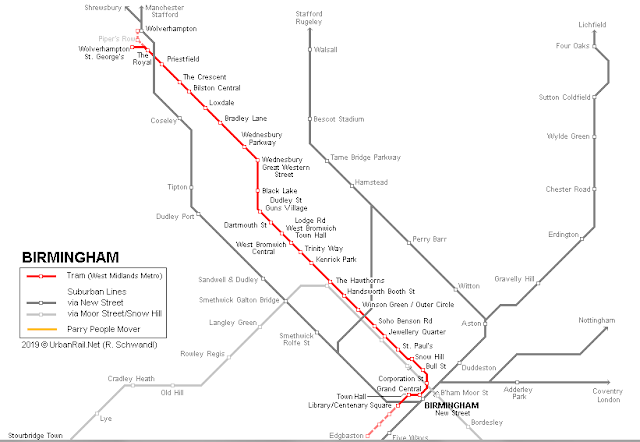 Battery Powered Trams for other UK Cities - See below

An impressive start to battery running in Birmingham rather than depending on overhead power.

When trams are being considered by other UK cities maybe the idea of battery running will allow the system to run totally on battery power, dispensing with overhead lines completely.
We could even move to the idea of tram like guided vehicles on tyres avoiding the upset of laying rails through city streets. Something to think about!
..