Go North East is holding a farewell event between 11am and 4pm on Sunday 15 December to mark the imminent retirement of its once large fleet of Scania L94 buses, a type that has served the North East for nearly 20 years.


The first Scania, fleet number 4926, entered service with the operator in March 2001 and the fleet grew to a total of 87 of the type, including 4 articulated Solar Fusions, the last of which entered service in 2006.

The 43 seat workhorses have plied the streets of Gateshead & Newcastle and beyond on many front-line routes including the Angel 21, before double deckers were introduced in today’s brand, the loop 93 and 94 and the Green Arrow 97.

Major year-on-year investment in brand new state of the art low emission buses has seen the type reduced to the final 7 operating in and around Gateshead and 11 also running in nearby Sunderland. Whilst a small residual fleet is likely to continue in ad-hoc service for another few months, most of this bus type in Gateshead are expected to be retired from front line service in the coming weeks. 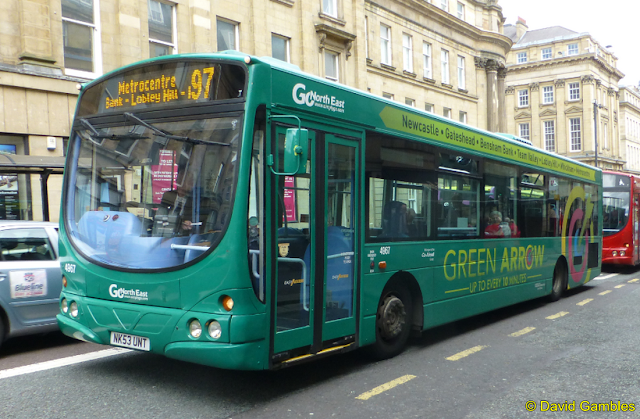 This once iconic fleet, with their smiley face front styling, is now in its final months of service, so before the next batch are withdrawn the company is holding a running day based at its Saltmeadows Road depot which will include a line up display of different coloured bus brands from its current operations, a small selection of memorabilia and exhibition stands, as well as refreshments.

There will also be a specially branded commemorative bus themed ale at the Central Bar on Half Moon Lane in Gateshead and a free shuttle bus operating every 20 minutes between Gateshead Interchange Stand D, the Central Bar and Saltmeadows Road depot.

Whilst the event is free to enter, donations will be collected for Gateshead Foodbank at this particularly critical time of year in the run up to Christmas. Colleagues from across Go North East will be volunteering their time in support of this. 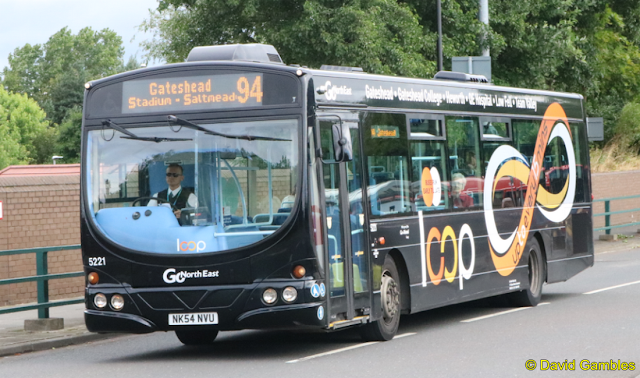 Commenting on the event Martijn Gilbert, Managing Director of Go North East, said: “These buses have been the backbone of a sizeable part of our company’s operations for many years. They have a loyal following but sadly all good things must come to an end. They are being replaced by the next generation of more efficient and low emission buses to ensure that our services keep pace with today’s trends and technology in order to our give customers an even better public transport service.

“We are proud of our 106 year and growing history as the region’s largest bus operator and it’s only right that we take time to recognise how much this great fleet of buses have played in our success, whilst also supporting a good local charitable cause by raising funds for Gateshead Foodbank in the run up to the critical festive season for them.”

Mark Oliver, Scania (Great Britain) Limited, added: “It is testament to the durability of Scania’s bus and coach products that nearly twenty years on these buses are still delivering good quality bus services in daily service. We are immensely proud to have served Go North East over many years, including the recent intake and further order for coaches for its East Yorkshire subsidiary. 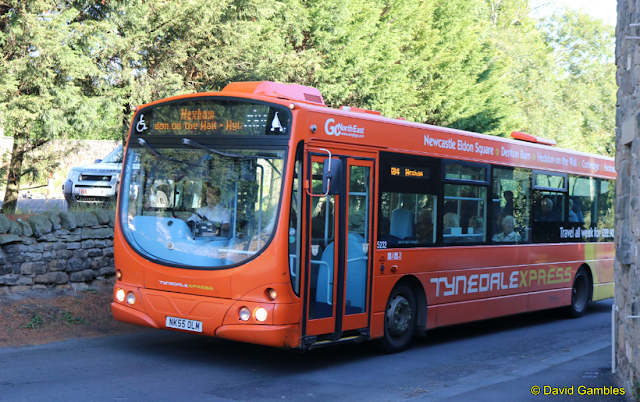 “Scania’s products have continued to evolve to deliver robust, fuel efficient and low environmental-impact modern public transport solutions and we’re looking forward to continuing to work with Go North East, including a planned trial of our latest double deck product on its X9 and X10 route soon.”

The free entry event will be open to the public from 11am until 4pm on Sunday 15 December at Go North East’s Saltmeadows Road depot which is located in the industrial area between the River Tyne and A184 Felling bypass, NE8 3AH. There is no parking on-site but the free ‘L94’ shuttle bus service will run every 20 minutes between 11am and 4pm (at 00, 20 and 40 minutes past each hour) from Stand D at Gateshead Interchange. The depot is also served by the loop 93 and 94 with each route operating every half an hour throughout the day.

Both buses pass the Central Bar on Half Moon Lane in Gateshead where the special commemorative bus ale will be available for purchase all day, alongside their usual range of great food and drink.