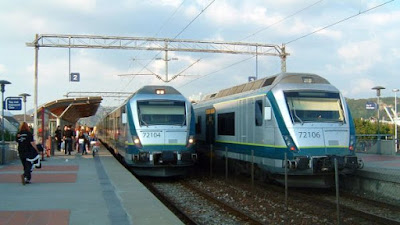 The Norway South contract was awarded by the Norwegian authorities in October 2018. Go-Ahead – the owner of Southeastern and GTR in the UK - won the eight-year award with an optional two-year extension.

Go-Ahead’s offer was priced 21% below that of its nearest competitor.

Go-Ahead will be paid around NKr 1.5bn ($US 183m) over the 10-year duration of the contract, with the remuneration profile skewed towards the early years of the term.


Go-Ahead will receive around NKr 250m in 2020, compared with the NKr 486m being paid to Norwegian State Railways (NSB) for the operation of these services. 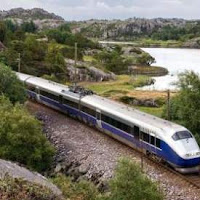 The new service covers three historic lines in Norway including the Jæren line, which dates back to 1878, as well as the Sørlandet and Arendal routes, covering a mixture of long-distance and suburban services across 5.5 million train kilometres.

David Brown, Chief Executive Officer at Go-Ahead said, “We are delighted to be given this opportunity to deliver Norway’s first contracted rail services.

“Working with the Norwegian authorities to bring our international rail expertise and our customer focus together to deliver Norway’s first contracted rail service is another step forward for Go-Ahead.”


Magnus Hedin, Managing Director of Go-Ahead Nordic commented: “Our focus is on customer satisfaction, reliability and local decisions taken with our partners.

“We will be a local operator who understands Norwegian transport needs and the local Norwegian customers, while benefiting from extensive experience in the UK.”


Go -Ahead Nordic is expecting to carry more new passengers on the Jaerbanen and Sörlandsbanen routes during the period 2020-2025.

Since its creation a year ago, Go-Ahead Nordic has recruited 244 conductors, drivers and administrators.  Staff who were currently employed on the routes have transferred to Go-Ahead with their existing pay and working conditions. Go-Ahead will also offer a pension scheme similar to the previously negotiated agreement for operational personnel.