It seems incredible that with the loss of the West Coast main line franchise Virgin will no longer operate trains in the UK. The company were stripped of its right to operate due to the refusal to take on the responsibilities of the UK rail pension funds.

Virgin were happy to pay contributions for its current workforce, but felt that ill-defined responsibility for part of the pensions deficit across the rail industry was a risk too far in these uncertain times.

It is not the first time that the company have been let down by the DfT who, in August 2012, tried to award the West Coast franchise to First.
The DfT eventually backed down when it was proven that the process had been illegal and Virgin were re-awarded the franchise.
Virgin / Stagecoach will be taking the DfT to court during early 2020 to fight their corner this time around so watch this space! 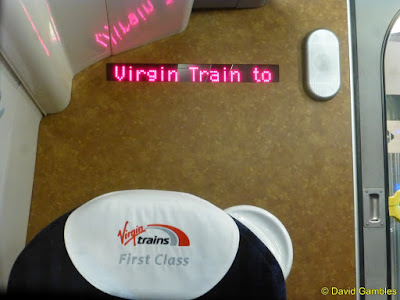 The onboard teams, the platform staff and back-office managers will continue to deliver excellent service when they wear the new uniforms of Avanti – the brand for the partnership involving FirstGroup and the Italian state railways, Trenitalia. But the spirit and success of Virgin Trains will be a hard act to follow.

It has been said if franchises had been awarded on who best looked after customers and who wisely invested in the industry then Virgin Trains would have been welcomed by the Dft to run the next West Coast Franchise.

Virgin Trains recorded the highest passenger satisfaction rating of any franchised train operator in Britain in the most recent survey by watchdog Transport Focus.
Almost 500 million journeys have been made with Virgin, which is owned by Sir Richard Branson’s Virgin Group and Stagecoach.
Virgin Trains launched a series of innovations on Britain’s railways, including automatic delay compensation payments, an entertainment system allowing passengers to stream films and TV programmes on demand using their own devices, and making digital tickets available for all fare types.

The last Virgin Trains northbound departure (to Wolverhampton) left London Euston at 9.42pm on Saturday 7th September, and the final arrival in the capital was scheduled to be at 11pm the same evening.

Virgin started out with old carriages and motive power and ended up with the modern Pendolinos of today. If you have photos of the early days of Virgin Trains please send them to focustransport2011@gmail.com
We plan to show the early days of the company so please help if you can.