Reading buses are operating a new route between Iver, Colnbrook and Heathrow Airport.

The company have been working in partnership with Slough Borough Council and Heathrow Airport to introduce the new route to help commuters and holiday makers from those areas have a sustainable link to the airport.
The new route will be implemented in three phases as different bus types are trialled.
The new route is numbered 459 and runs through Poyle, Colnbrook, Langley and Iver to Heathrow Terminal 5.

Initially, the service will be free until the full timetable is introduced in early 2020.

The first of the three phases of the new Reading Buses 459 service is up and running until December 20. 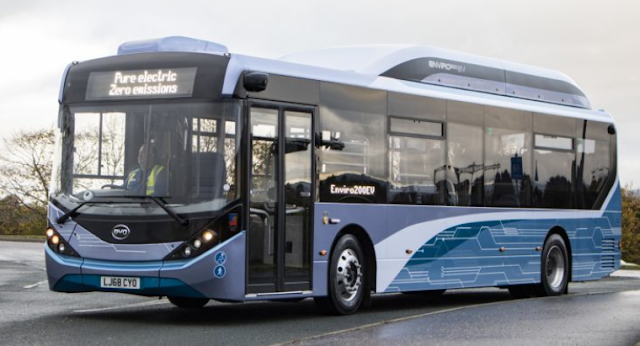 The initial timetable will operate Monday to Friday between approximately 9.30am and 2.30pm – and will be completely free to use. This first phase will be trialled using a full electric bus.

For phase two, one of Reading's single deck buses that run on compressed natural gas will be used - this phase will run between January 2 and January 31.

Once the the electric and gas buses have been trialled, Reading Buses will be in a position to implement the full timetable from February 3 - which will include a service running from 3am until after midnight and, of course, include weekends. From phase three, full fares will be in operation, with these communicated well before they start.
The service will be run by a  Euro 6 diesel engine bus – which has fewer emissions than even a single occupancy modern car.
Reading Buses hope that customers try out this new service and give feedback on what works, and what doesn't work so they can ensure this route runs well into the future.