TfL has released its latest version of the tube map which includes several new stations.

It's the first tube map to show Crossrail — officially known as the TfL Rail — branching out to Reading. Previously, the Heathrow branch of what will soon be Crossrail — and eventually the Elizabeth line — was on there, but the nine stations from West Drayton to Reading were absent. 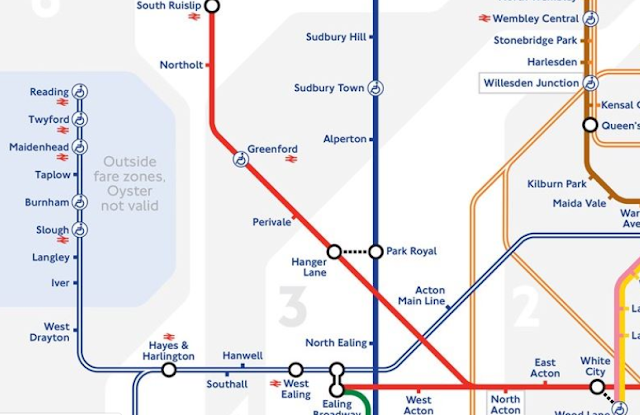 Does this mean Crossrail's opening is imminent? Unfortunately we're not going to travel the Elizabeth line until at least 2021. However, certain sections of the route are up and running, and are being managed as TfL Rail.

The western Paddington to Heathrow and eastern Liverpool Street to Shenfield sections have been operating as TfL Rail for sometime now. It's the central section running underneath London that is incomplete.

Bond Street and Whitechapel stations are both still unfinished, a year after they were originally scheduled to open, and other issues such as signal testing have caused further delays.

TfL Rail officially takes over the Paddington-Reading route on 15 December 2019 — hence its addition to the tube map — but the new Crossrail trains are already in use on this route, a few weeks early. Also, the trains have been in use on the Shenfield-Liverpool Street and Paddington-Hayes & Harlington routes for quite some time.


The new additions to the tube map mean that its geography is now sketchier than ever. Northolt and Reading — towns located about 30 miles apart — now appear closer together than, say, Tottenham Court Road and Bond Street, a distance of under a mile.

Under TfL Rail, West Drayton is the last station at which Oyster cards are valid.
Stations between Iver and Reading will not be accepting Oyster cards (that's Iver, Langley, Slough, Burnham, Taplow, Maidenhead, Twyford and Reading).
However, from 3 January all stations will be accepting contactless, with automatic capping to follow a couple of months later.