Electric buses are being launched in Glasgow on a commercial route for the first time since the 1960s. 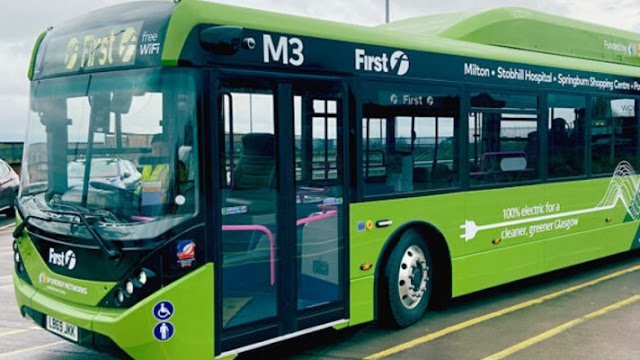 Bus company First Glasgow said the introduction of the two vehicles was a "statement of intent" as Glasgow aims to become a "net zero" city.

22 electric vehicle charging points have also been added to First Glasgow’s Caledonia Depot through the funding deal, allowing more electric vehicles to be introduced in the future.

Electric trolley buses previously operated in the city until they were decommissioned in 1967.

The new buses will run on the M3 route, connecting Milton and Springburn with Stobhill Hospital and the city centre.

The BYD ADL Enviro200EVs were built in Falkirk by Alexander Dennis and they were bought for First Glasgow with funding from electricity distributor SP Energy Networks.

Frank Mitchell, CEO at SP Energy Networks, added: “Glasgow has ambitious plans to be the UK’s first net-zero carbon city by 2030, but for that to happen, there will be big changes across the city.

Described as "state of the art", the buses have "mirrorless smartvision technology" - high definition digital cameras and an interior screen. 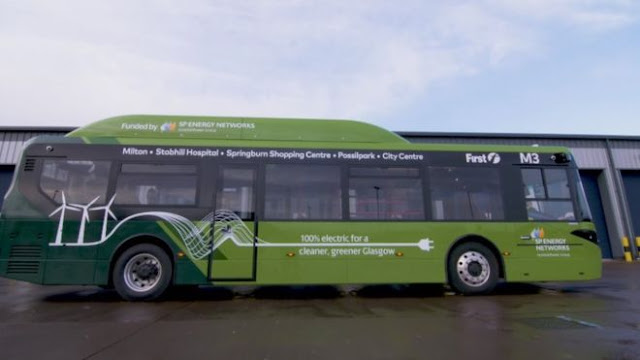 The bus firm says it removes the need for wing mirrors, helps reduce blind spots and the effects of bad weather on their vision.


Their introduction comes after Glasgow became the first Scottish city to have a low emissions zone, where emissions standards must be met by 20% of buses which pass through the city centre.

All vehicles entering the zone from December 2022 will have to meet the standards.

Operator First said it was already 40% compliant with the regulations and it has promised to introduce more low-emissions buses.

Managing director Andrew Jarvis said the business wanted to make buses "part of the solution" to improve air quality in the city.

The new buses will make bus travel easier and more convenient for travellers as well as being better for the environment, he said.

"Every customer journey on the route will save around 2kg of CO2 compared with driving on your own in an average car, making bus the best choice in reducing the impact on the planet," he added.