Plans for new direct rail services between Blackpool and London are on schedule this year after Grand Central revealed it was starting to train drivers.
Class 90's and Mk 4's will be used on the service.

Grand Central, part of the Arriva group, which is itself part of Deutsche Bahn, is planning to run five direct trains in each direction to the capital every weekday and Saturday and four on Sundays. 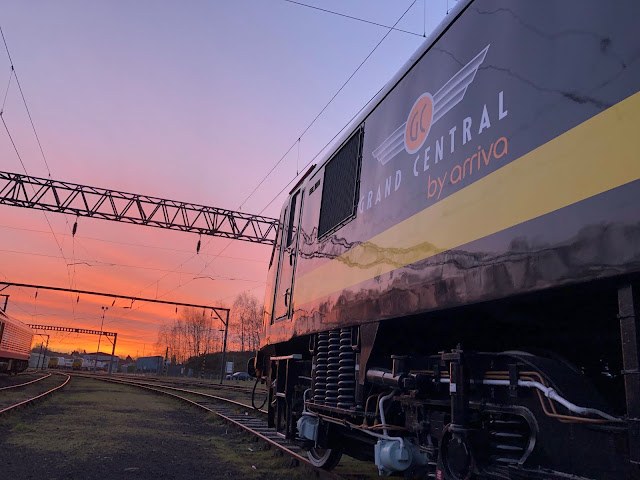 Four sets of MK4 coaches in six-car formation have been leased from Eversholt Rail until December 2026. The coaches will be maintained at Alstom’s Wembley depot and serviced overnight at Arriva North’s Blackpool depot.

The coaches are currently undergoing a £1.5 million refurbishment at Alstom in Widnes, which will include Grand Central livery and a full interior refresh designed with the comfort of leisure and business passengers in mind.

Each of the trains running along the North West to London route will include First Class carriages, free Wi-Fi throughout, buffet, accessible toilets and baby changing facilities. There will also be wheelchair and priority seating available.

From next month (March), people living in the vicinity of stations along the new North West to London Euston route may spot three sets of coaches (MK4s), as driver training gets underway. These coaches have been secured under short-term lease from Eversholt Rail.

Grand Central has also hired a pool of five locomotives (Class 90s) from DB Cargo UK (pictured). Four of these will be in service at any one time, with one locomotive spare for maintenance purposes.


A provisional timetable shows trains running from Blackpool via Kirkham and Wesham, Preston, Nuneaton, Milton Keynes and London Euston after the May timetable changes. 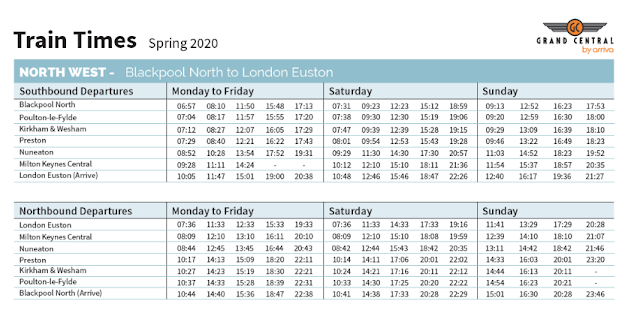 A Grand Central spokesman said: “We’re very much looking forward to launching services on our new route from Blackpool to London Euston in Spring 2020.
Grand Central Railway Company already provides direct rail connections from towns and cities in Yorkshire and the North East England with London.
It said its customer satisfaction levels were consistently high and it was named Britain’s best value rail operator for the eighth time in the Spring QE$2019 National Rail Passenger Survey.