The first of Greater Anglia's new Inter City electric trains between Norwich and London has made its inaugural journey with passengers. 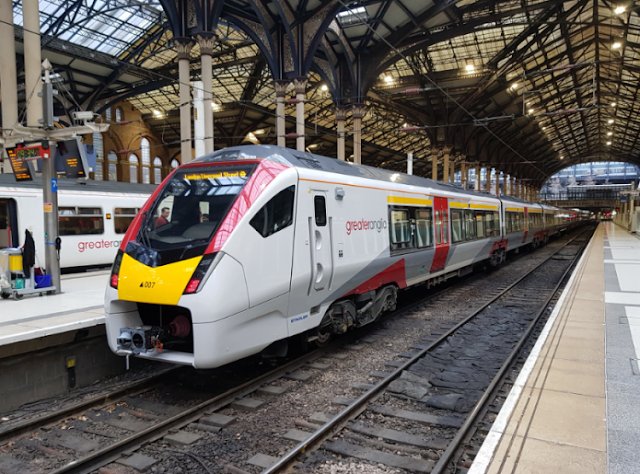 The 7.40am service from Norwich to Liverpool Street on Wednesday, January 8th was the first time commuters have got to travel on a new class 745.

Following a number of test trips, the 12-carriage 745007 train set off on time from Norwich Railway Station - one of a fleet of 10 new Inter City trains from Swiss manufacturer Stadler.

Greater Anglia said the new trains had 752 seats compared to 614 on the train which had been used up to now.

The rail operator hopes to introduce the new trains at a rate of about one a week, ensuring they are all in service by the time the new deadline for compliance with the government's Disability Discrimination Act is reached on March 31.

The arrival of the new trains should allow the company to strengthen its current fleet of older trains - ensuring there are no more main line services cancelled because of train faults and that they are all eight or nine carriages long.

The train, which stopped at Diss and Ipswich, arrived in London on time.

Greater Anglia is replacing its existing fleet with 169 new trains as part of a £600m investment.

There have been problems with signalling, particularly on the Norwich to Sheringham lines, which caused cancellations and delays.

"Last month was difficult for our customers, as signalling issues on our rural branch lines caused a great deal of disruption and also set back our new trains roll-out. 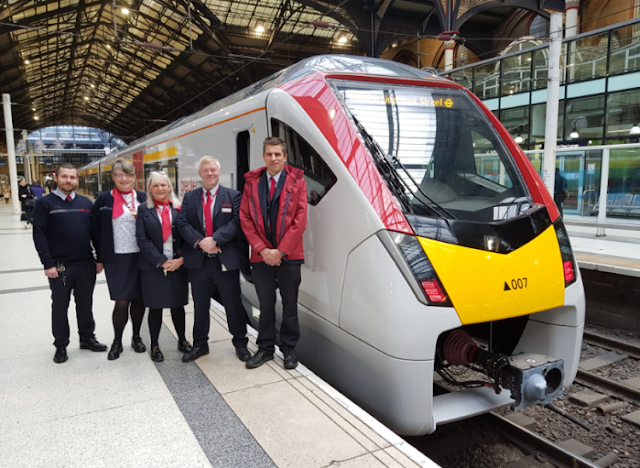 "We are making every effort to improve our service - and the first longer intercity electric train in service with all the facilities customers expected will start to make a difference to our intercity customers."

The rail company hired an expert seat designer, while there are USB and plug points for each pair of seats and a mix of tables and seatback tables.

Each train also has air conditioning and free wifi.

There is also a café bar area and space for six bicycles.

Just as on Greater Anglia’s new bi-mode trains which are replacing all of the company’s diesel trains, the new intercity trains have gold standard accessibility features including a lower floor and a retractable step at every door to bridge the gap between the train and platform.

They have electric push-button doors – double width in the middle of each carriage - which are easier for customers to open once they have been unlocked and speed up the train’s departure from stations as they driver can close them all automatically.

Martino Celeghini, technical project manager at Stadler, said: “The roll-out of the intercitys represents a key moment in the overall introduction of the two new Stadler fleets. These trains, which will run into London are built to exceptionally high standards.

“They will vastly improve rail travel in East Anglia, supporting business and helping boost economic growth. They will be transformational for the travelling public in the region.”

The intercity trains are part of a £600m investment in new Stadler trains for the region which have been financed by Rock Rail East Anglia and will be leased to Greater Anglia for the life of the franchise.