Windermere Lake Cruises’ brand-new 300-seat passenger boat MV ‘Swift’ has  taken to the water for the first time. The vessel will now be fitted out before being handed over after Easter 2020 for crew training to commence.

The multi-million pound vessel is expected to be in service from the mid 2020 season, after this week becoming the largest craft to be ‘launched’ onto Windermere for more than 80 years.

The size of the vessel meant it was necessary to build smaller sections off-site first, before being transported to Lakeside for final assembly over the last six months.
‘Swift’ was carefully lowered onto the lake for the first time in the presence of special guests and members of the press who were able to witness the historic moment from The Lakeside Hotel & Spa, many of whom travelled to the launch site on a complimentary train thanks to the Lakeside & Haverthwaite Railway. 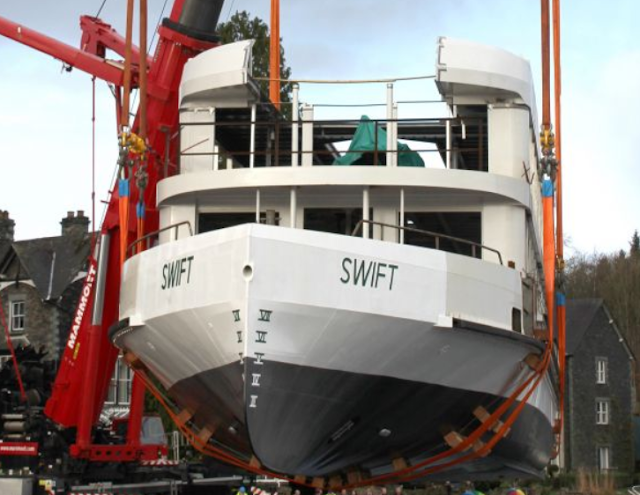 Like Windermere Lake Cruises’ existing flagship ‘steamers’ MV Swan and MV Teal, the new vessel boasts three decks but is slightly shorter in length to enable it to access smaller jetties to help support other businesses in the area.

Windermere Lake Cruises operates a fleet of 17 vessels that sail throughout the year. The boats are used for regular scheduled cruises on a number of different routes (or cruises), private charters and special events.
Teal (above) and Tern (below) are the two largest 'steamers' in the fleet. Originally powered by steam but both converted to diesel.

Teal has three decks and at full capacity can hold 533 passengers.
It was built in 1936 by Vickers of Barrow. The sections of boat were transported by rail to Lakeside and assembled. The M.V. Teal is 142ft long weighing 251 Tonnes. On board it is manned by a crew of seven and can reach a speed of 10 knots with its 2 x 6 cylinder Kelvin diesel engines and 2 x auxiliary generators.

Tern has two levels and at full capacity can hold 350 passengers.

The M.V Tern was built by Forrest & Son, Wyvenhoe, Essex in 1891, as a steam-powered yacht. This was converted to diesel power In 1956. The Tern is 145ft in length and weighs 121 tonnes. On board, it is manned by a crew of 4 and can reach a speed of 10 knots with its 2 x 6 cylinder Cummins diesel engines, 2 x auxiliary generators and bow thruster. 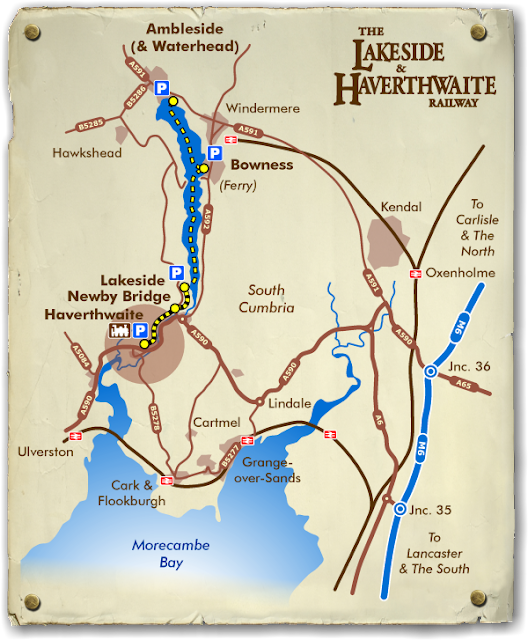