£8m, Five-year Contract to Loram UK for the Maintenance of its New Measurement Train


Network Rail’s 'Flying Banana' will continue to travel around the UK’s rail network.

Network Rail have announced the awarding of an £8m, five-year contract to Loram UK for the maintenance of its New Measurement Train – affectionately known as the Flying Banana because of its distinctive yellow livery.


The contract, which was officially awarded back in December, came after a competitive tender in 2019 and will see the New Measurement Train be maintained at Loram UK’s Derby facility.

Since 2010, Network Rail’s other infrastructure monitoring trains have also been maintained at this depot.

The New Measurement Train monitors and records track condition information at speeds of up to 125mph, and is the fastest train in Network Rail’s infrastructure monitoring fleet, which identifies faults on the railway before they become a safety issue or affect performance.

Equipped with high-tech measurement systems, track scanners and high-resolution cameras, the New Measurement Train is a converted Intercity high speed train, which has been travelling around Britain’s railway network for 15 years.

The train’s speed means it can measure large distances in a single operating shift. It covers 115,000 miles in a year and captures around 10TB of image data every 440 miles. Engineers then use the data the train collects to make repairs and plan maintenance. 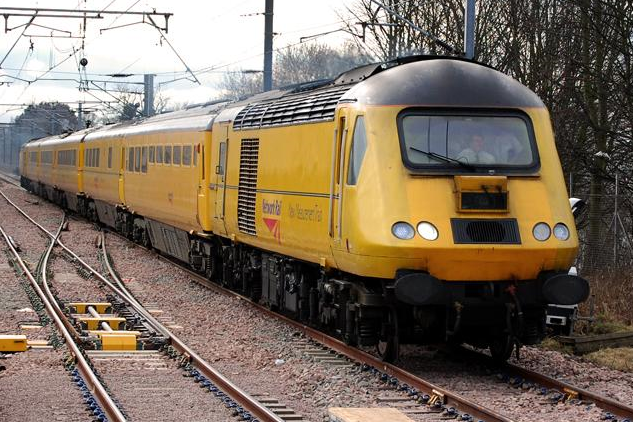 The overhaul process happens every four years and involves taking apart the train completely, testing all its parts, making any improvements or fixes and then rebuilding the train.

“It will not only deliver savings to Network Rail and ultimately the taxpayer, but also ensure that the train is maintained to a high standard so it can continue to work for the safety of passengers and other railway users.”