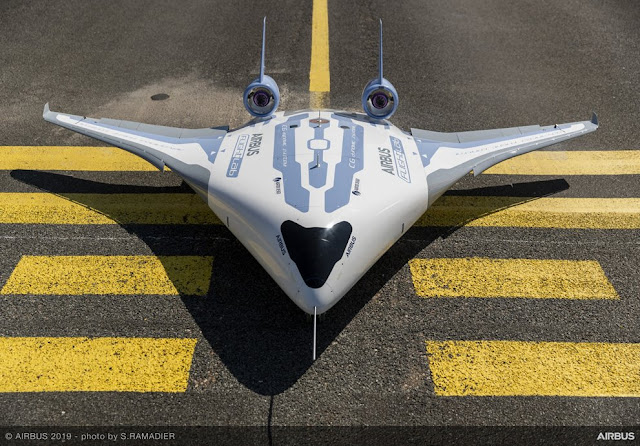 MAVERIC features a disruptive aircraft design, that has the potential to reduce fuel consumption by up to 20% compared to current single-aisle aircraft. The “blended wing body” configuration also opens up new possibilities for propulsion systems type and integration, as well as a versatile cabin for a totally new on-board passenger experience.

The concept of a "blended wing body" design has been around since the 1940s and led to the US B-2 bomber, as well as the X-48 research project between Boeing Co and Nasa a decade ago.

Such aircraft are complex to control but produce less aerodynamic drag, making them more efficient to fly.
Technology now developed by Airbus, using advanced fly-by-wire technology is allowing control of such aircraft. 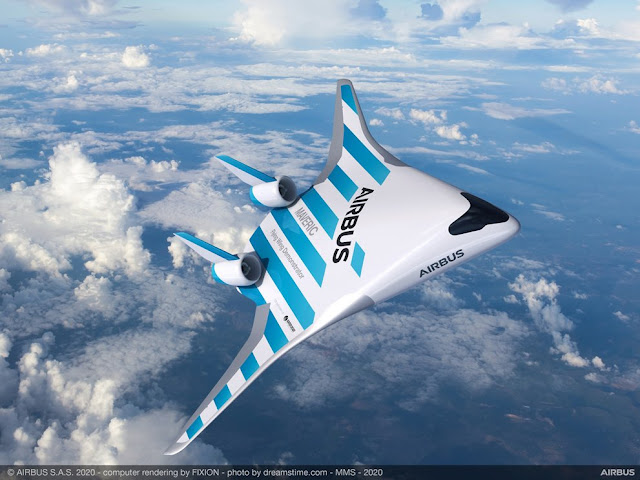 Launched in 2017, MAVERIC first took to the skies in June 2019. Since then the flight-test campaign has been on-going and will continue until the end of Q2 2020.

“Airbus is leveraging emerging technologies to pioneer the future of flight. By testing disruptive aircraft configurations, Airbus is able to evaluate their potential as viable future products,” said Jean-Brice Dumont, EVP Engineering Airbus. “Although there is no specific time line for entry-into-service, this technological demonstrator could be instrumental in bringing about change in commercial aircraft architectures for an environmentally sustainable future for the aviation industry.”


Airbus is now studying how the cabin would work and how the aircraft would be integrated into airports. One unresolved question is whether such a plane would have windows or use video screens to give passengers a sense of their surroundings. 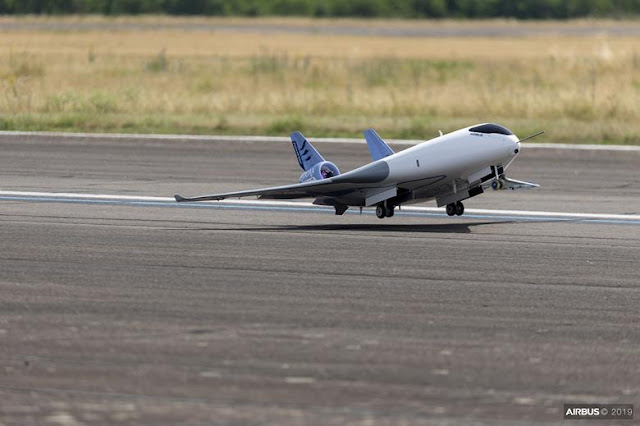 Airbus is using its core strengths and capabilities of engineering and manufacturing, in close collaboration with an extended innovation ecosystem, to accelerate traditional research and development cycles. By doing this Airbus is able to achieve proof of concepts, at a convincing scale and speed, thereby driving forward maturity and increasing their value.


Material published on this website is subject to copyright. Copying of any text or pictures is not allowed and those doing so are committing serious legal and ethical offences.