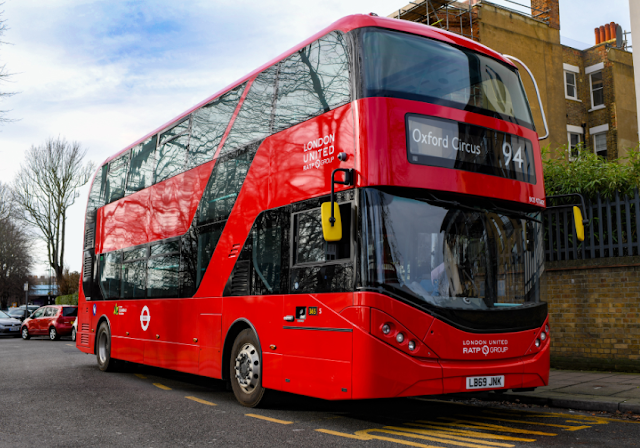 Route 94 provides a 24-hour service for West London residents, from Acton Green to Piccadilly Circus via Westfield, Notting Hill and Oxford Street. With an overall 67-seat capacity (24 in lower saloon, 43 in upper saloon), the 10.9-metre BYD ADL Enviro400EV achieves up to 160 miles on a single charge.
Power is delivered through BYD’s pure-electric drivetrain comprising the electric motor and 382 kWh Iron-Phosphate batteries. Double deck bodywork from ADL features a striking glazed staircase, long wheelchair bay and an automatic wheelchair ramp at the rear doors.

This latest delivery from the BYD ADL Partnerships sees the total number of its electric buses in service climb to 269, including 200 BYD ADL Enviro200EV single decks. The new vehicle are also fitted with the new Acoustic Vehicle Alerting System which generates sound at speeds below 12mph to alert pedestrians and vulnerable road users. 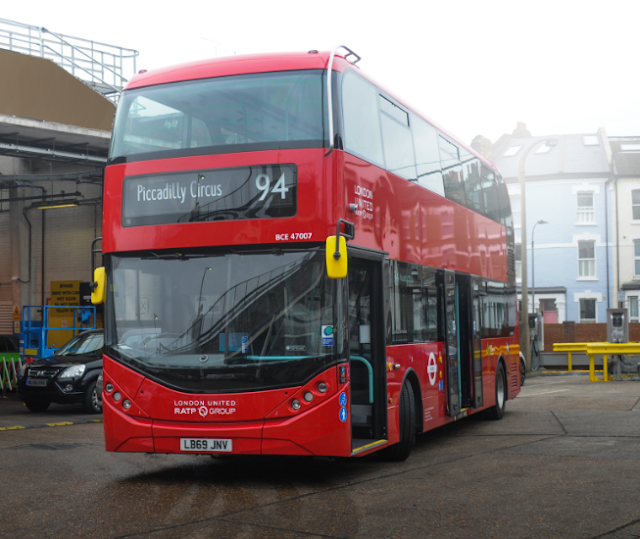 Speaking at a launch event, Catherine Chardon, Managing Director of RATP Dev London, said, “These new buses will support TfL and London’s strategy for a greener city. It is the second step in our garage network electrification strategy”.
Mehdi Sinaceur, Chairman of RATP Dev UK at RATP Dev, added, “Electrification is one of the key transformations that RATP Dev is helping our London companies with, leveraging our Group experience”.

“Today, we have 234 BYD ADL electric buses operating in the capital – we’re delivering a cleaner London,” said Frank Thorpe, Managing Director at BYD (UK), “RATP Dev is one of the city’s main Transport for London operators, and a 29-vehicle delivery is not only a ringing endorsement for emissions-free mobility for the people of London, but also for the BYD ADL partnership and its combination of world-renowned electro-mobility technology and British manufacturing ingenuity.”

ADL Chief Executive, Colin Robertson, said: “RATP Dev’s route 94 is the second double decker route in London to go electric with the BYD ADL Enviro400EV, with more to follow this year.
Red double decker buses keep London moving, and having already supplied hybrid buses to the capital since 2008, ADL is delighted to be a leading partner in their transformation to zero emissions.”