The A1 Steam Locomotive Trust have announced that they will be holding a series of roadshows across Great Britain in 2020, to promote the building of Britain’s most powerful steam locomotive, LNER P2 No 2007 Prince of Wales.

The class P2 2-8-2 ‘Mikado’ locomotives were the most powerful passenger steam locomotives to operate in the UK, and designed by famous Sir Nigel Gresley to haul 600-ton trains on the Edinburgh to Aberdeen route.

However, the design was never fully developed and they were rebuilt by his successor Edward Thompson into ungainly 4-6-2s in 1943/4, and scrapped by 1961.

As the builders of new main line steam locomotive No. 60163 Tornado, The A1 Steam Locomotive Trust has therefore decided to set itself a new challenge: to develop, build and operate an improved Gresley class P2 Mikado steam locomotive for main line and preserved railway use.

The latest computer aided design and modelling techniques are being used to realise the potential of the original design and estimate that No. 2007 Prince of Wales will cost around £5m to build over a 7-10 year period. 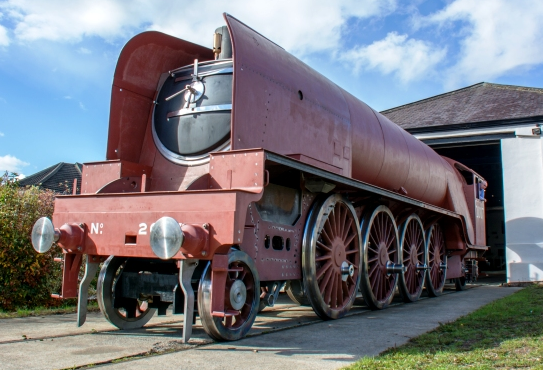 Roadshows are now being run to give progress reports and to increase the number of supporters for further work on the new engine. Entry into each roadshow is free with the second Roadshow at London Transport Museum, Covent Garden, London on Saturday 29th February 2020.

Each presentation will feature key Trust personnel including Mark Allatt (P2 Project Director) and/or David Elliott (Director of Engineering) and will cover the background to the project, progress to-date, future plans and details of how to get involved with the project.