London North Eastern Railway (LNER) has confirmed that it will be doubling the number of Azuma weekday services between Bradford Forster Square and London King’s Cross from Monday 18 May 2020.

David Horne, Managing Director at LNER, said: “We are excited to be doubling our weekday services between Bradford and London thanks to the continued introduction of our state-of-the-art Azuma fleet. 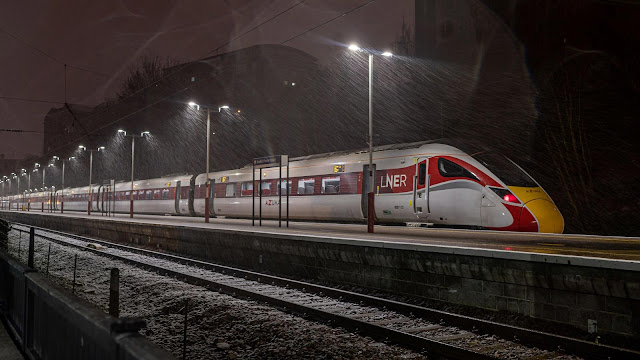 “Home to two UNESCO World Heritage sites, beautiful countryside and a rich mix of cultures, Bradford is a fantastic destination and we are delighted that these new services will make it even easier for people to come and enjoy everything the region has to offer.

“Our extra Azuma services will give businesses in Bradford a boost to connectivity both with the capital and destinations along our East Coast route.”

The arrival of the new services will coincide with the first anniversary of LNER’s introduction of its world-class Azuma trains, which are revolutionising the customer experience between London, the East Midlands, Yorkshire, North East England and Scotland. They offer more reliable, comfortable and accessible journeys, with fast WiFi and first-class onboard catering.

LNER is growing its fleet with the continued introduction of 65 Azuma trains and working with Network Rail to deliver the East Coast Upgrade which, together, will mean further increases in services in the coming years.

Tickets for the new weekday services are on sale now.

LNER has also announced that new Azuma services will be introduced between Huddersfield and London King’s Cross from Monday 18 May 2020.

The daily weekday service in each direction will be LNER’s first direct link between the West Yorkshire market town and the capital. They will also connect nearby Dewsbury directly with London King’s Cross, after more than a generation of no direct services between Huddersfield and London. 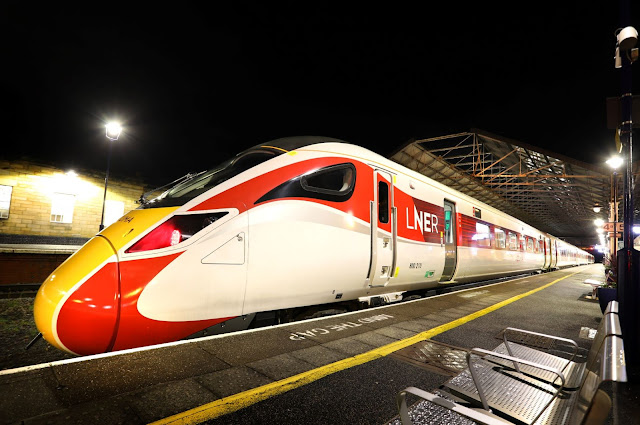 The arrival of the services will coincide with the first anniversary of LNER’s introduction of the state-of-the-art Azuma trains on the East Coast route.

The new five-car southbound service will depart from Huddersfield at 05:50 and Dewsbury at 06:01 and then arriving in Leeds at 06:16, where it will couple to another five-car Azuma to form the 06:40 Leeds to London King’s Cross service, which will arrive in the capital at 08:51 on weekdays.

The evening northbound service will depart from London King’s Cross at 18:03 formed of two five-car Azuma trains, which will split at Leeds, with one train continuing to Skipton and the other to Dewsbury, arriving at 20:45 and then Huddersfield at 20:58.

David Horne, Managing Director at LNER, said: “The services will open up economic benefits for Huddersfield and the surrounding area. Better transport links for Huddersfield will create more opportunities for business travel and people wishing to make direct journeys between the capital and the West Yorkshire town, famous for its industrial past and proud textiles heritage.

“Our Azuma trains are revolutionising the customer experience for our passengers. They offer greater reliability, levels of comfort and accessibility, as well as more seats, improved WiFi, with first class onboard catering.”

Colne Valley Conservative MP, Jason McCartney, said: “I’m delighted that LNER is delivering the first direct rail service between Huddersfield and London since the 1960s. This is a major boost for businesses, schools, colleges and all local residents in Huddersfield and the Colne Valley who’ll now be able to use this direct service and continue the growth of the Northern Powerhouse.”

The Azuma fleet brings significant environmental benefits. The new trains will run using overhead electric wires between London and Leeds. The bi-mode Azuma fleet will then operate under diesel power for the remaining 17 miles to and from Huddersfield.

LNER is growing its fleet with the introduction of 65 Azuma trains and working with Network Rail to deliver the East Coast Upgrade which, together, will mean further increases in services in the coming years.