Local passenger trains have not run along the Camp Hill line since 1941 but plans, orchestrated by West Midlands Mayor Andy Street, are in place to open the line again with new stations at Moseley, Kings Heath and Hazelwell.

For the first time in 80 years, a former railway line in south Birmingham has moved closer to reopening for commuter trains. 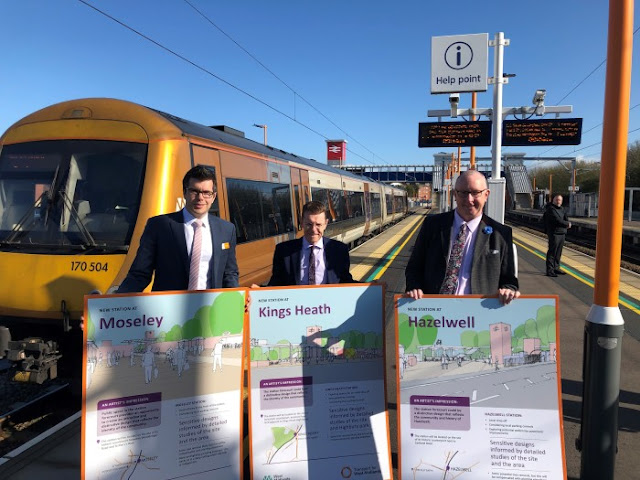 On Monday 16th March a train carrying the Mayor, West Midlands Railway’s customer experience director Jonny Wiseman and other representatives from across the rail industry, travelled along the line.

The train followed the route of what would be the re-opened commuter line, stopping at the Moseley, Kings Heath and Hazelwell sites before arriving into Kings Norton, and later returning to Birmingham New Street. 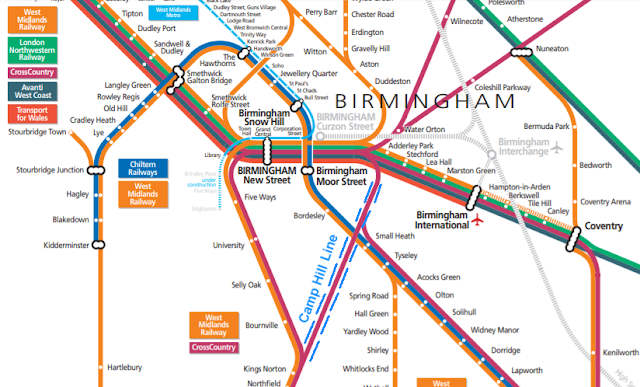 The test run of the train was to see how the new passenger services on the Camp Hill line would operate.
Regular Manchester Bristol Exeter Cross Country Trains use the line, but no facilities currently exist for use by commuter trains.

West Midlands Mayor Andy Street said: ““I am delighted we are pressing ahead with plans to reopen the Camp Hill line to local passengers, and it was great to be on the first commuter type passenger train to travel on the line in nearly 80 years. 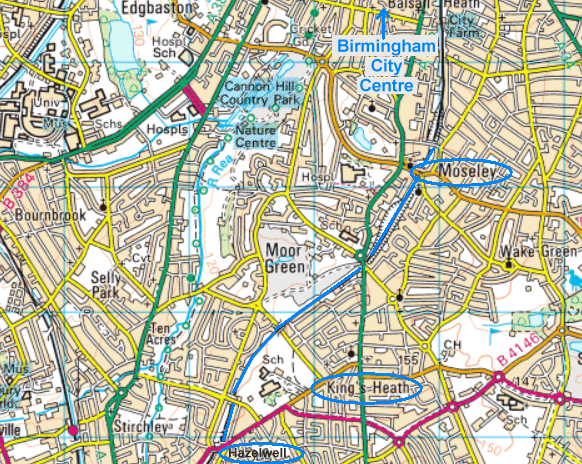 “This line, which also represents another step forward in the 20-year transport plan for the West Midlands, will provide residents in South Birmingham with easier and faster connections to get to the places they need to go, whilst also offering people a real alternative to the car – helping to ease congestion and improve the air we breathe.”

Jonny Wiseman, customer experience director for WMR, who will be responsible for running services on the Camp Hill line, said: “This is an exciting and visionary plan to transform local train services for our customers in the south of Birmingham. We are working closely with WMRE, Network Rail and the Mayor in order to turn this vision into reality.

“Passengers set to benefit from the quicker route along the Camp Hill line can also look forward to travelling on the brand-new train fleet we are introducing as part of our £1billion investment into the rail network.”

West Midlands Trains operates 1,300 services a day, manages 150 stations and provides over 80 million passenger journeys a year. Over the course of the franchise, West Midlands Trains will be investing £1 billion into the rail network to deliver new trains, improved routes and station upgrades. This will include 400 new train carriages across the network and space for an extra 85,000 passengers into Birmingham and London at peak times.

The franchise is a joint venture between Abellio (70.1% share) and East Japan Railway Company / Mitsui & Co., Ltd (29.9% share in a 50:50 split). Abellio is the international passenger transport subsidiary of the Dutch national railway company, Nederlandse Spoorwegen. In the UK, Abelllio operates ScotRail and Greater Anglia train services, Merseyrail services in a joint venture with Serco and buses through Abellio London. For more information visit www.abellio.com