Stenning founded Best Impressions, a complete one-stop shop for design, branding, marketing and advertising that specialises in and understands public transport, over 30 years ago. Since then he and his team have helped to revolutionise the way public transport is perceived through a combination of passion and strict attention to detail. 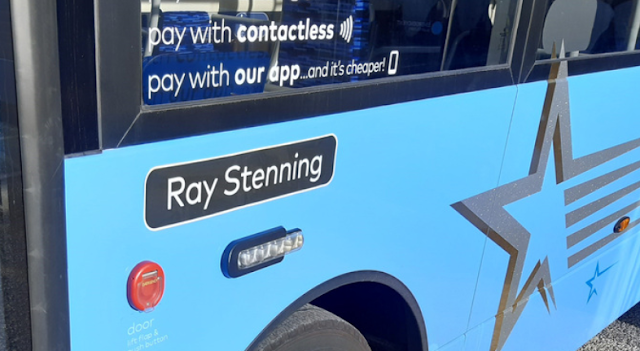 In a surprise group video call from some of his closest collaborators, Stenning discovered a specially-printed birthday card signed by friends from across the industry.

But there was a further surprise too; 10 buses in service around England, with operators ranging from First Hampshire & Dorset in the south to Stagecoach Cumbria & North Lancashire in the north, have been named after Stenning.

“I don’t tend to pay any attention to my birthday – it’s just another day,” he said “But I was genuinely surprised and touched that so many people came together to celebrate it. It seems I’m now a legend. After all, how many other people have had 10 buses named after them?!”