A Virtue of Necessity by Stuart Jones


What do you do when COVID-19 means you can’t indulge your transport enthusiasm by visiting places to photograph buses and trains? The answer in my case is to stay at home and photograph them.

Fortunately the route of my daily exercise walk takes me by the main line through Stamford, between the town and Uffington signal box, which, in normal times, sees quite a variety of freight as well as the hourly diesel multiple units in each direction.


As of Monday 6th the usual hourly provision has decreased to two hourly. With a lot of help from Realtime Trains I can coincide the daily ramble with whatever looks the most interesting working of the day.

Though the amount of freight does seem to be dwindling, so far I’ve been quite lucky as the accompanying photographs show. All achieved without coming within two metres of another person.
Also included are a few taken before the restrictions came into operation, including some snatched at the time warp that is Leicester shed, which regularly houses many of the types I remember from my youth, among them classes 20, 27, 37, 47, 56 and (in earlier guise) 57. 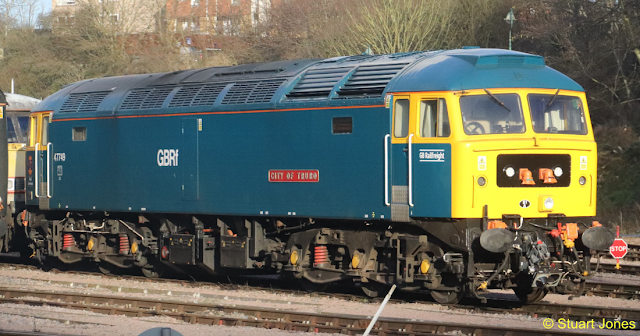 Taken from the window of a class 170 passing Leicester depot on Sunday 1st March. Painted in BR blue, 47749 ‘City of Truro’ is based at Leicester and belongs to GB Railfreight. 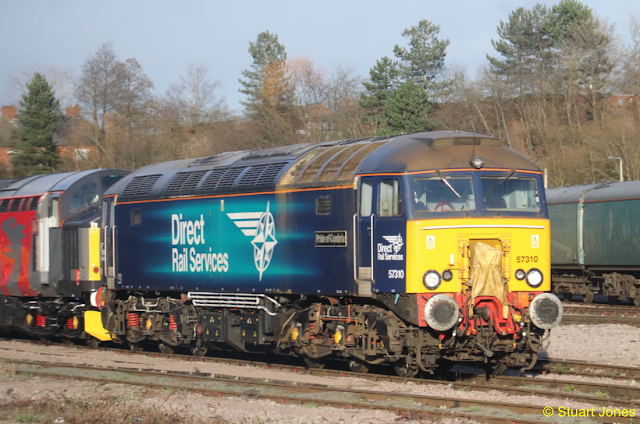 57310 ‘Pride of Cumbria’ was 47831 in an earlier life and is now operated by Direct Rail Services though owned by Porterbrook Leasing. Behind it is a EuroPhoenix Class 37.

One of the former Virgin ‘Thunderbirds’ rescue locomotives, Class 57 57305 ‘Northern Princess’ carries most of the livery of Belmond Northern Belle. It is part of the GROG pool signifying an operational loco run by the Rail Operations Group. 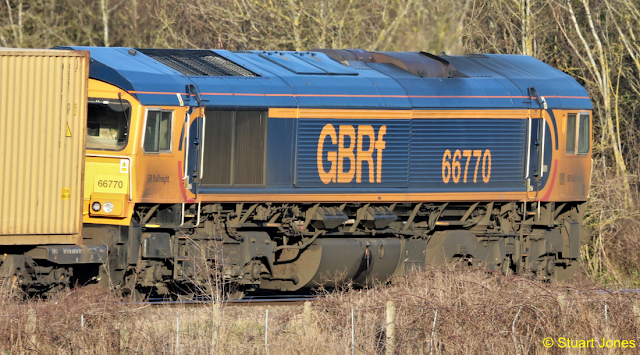 GBRF Class 66 locomotives handle much of the freight traffic on the line. 66770 is heading towards Peterborough on 6th March. 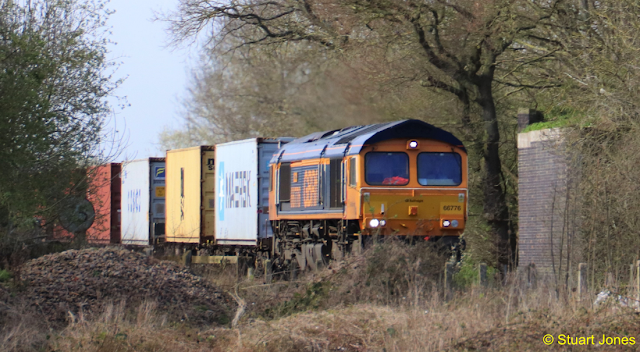 Being prepared paid off for this one paid off. I had the camera in the passenger footwell of my car when I arrived at Uffington crossing to find the manually operated gates closed. I opened the passenger window and took this of 66776 heading towards Peterborough on Saturday 21 March. 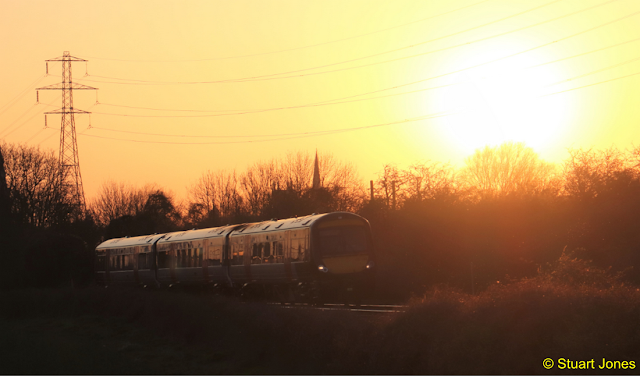 The setting sun of 25 th March as Cross Country 170108 heads for Stansted Airport. 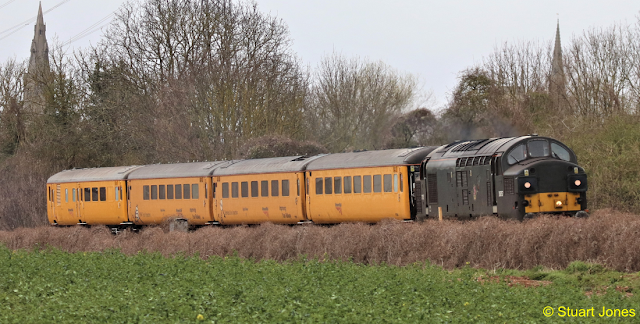 It had left Derby 42 minutes late but was back on time when I photographed this British Railways green liveried Class 37 on 30 th March. For those who still like the old money it carries the pre-TOPS number D6757 as well as 37057. That is quite a chunk of paint missing from the loco’s body side. Even the carriages were interesting in this train. Behind 37057 are a Radio Survey Coach (977868), an Overhead Line Inspection unit, a PLPR Track Inspection unit and at the rear a Remote Driving Car (9714), all in the Network Rail yellow. 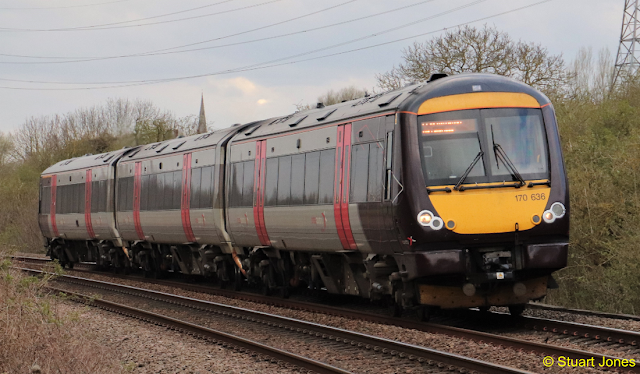 Class 170 DMU 170636 has just left Stamford and what few passengers there are may be looking out of the windows towards Burghley House on 3rd April.

Most of the 170s used on the line are three-car sets but 170112 is one of the less
frequently seen two-car units. 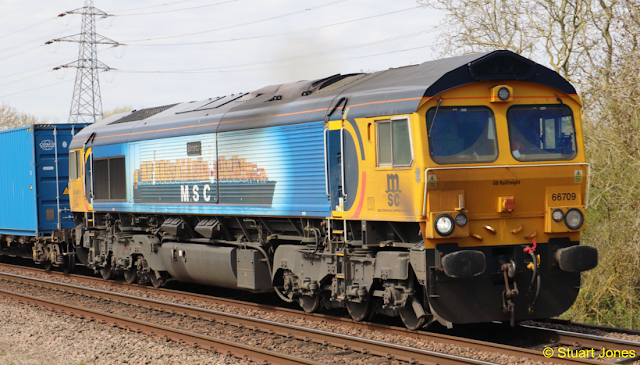 ‘Sorrento’ promotes the Mediterranean Shipping Company, MSC, a GBRf customer. It is at the head of the 4L29 on 4 th April with 66731 at the rear.

I nearly missed GBRF’s 66731, which wasn’t running wrong line as it appears to be, it was on the rear of the container train headed by 66709 and though Realtime had said there were two locomotives on the working,
I had expected them both to be at the front. The train is the 4L29 from Birch Coppice to Felixstowe North on Saturday 4th April. It had left Hams Hall, where 66731 was attached, 69 minutes late but had caught much of this back by the time it reached Stamford. 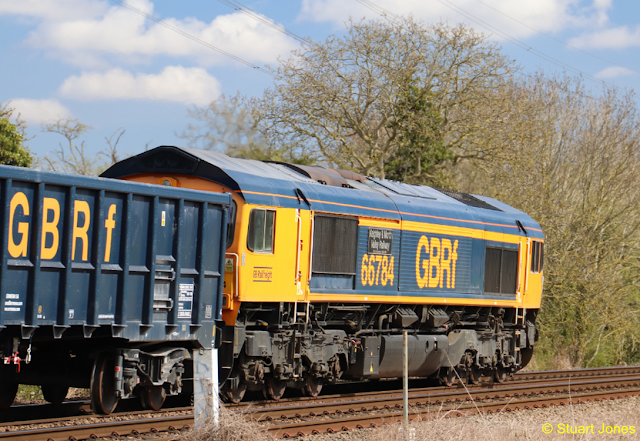 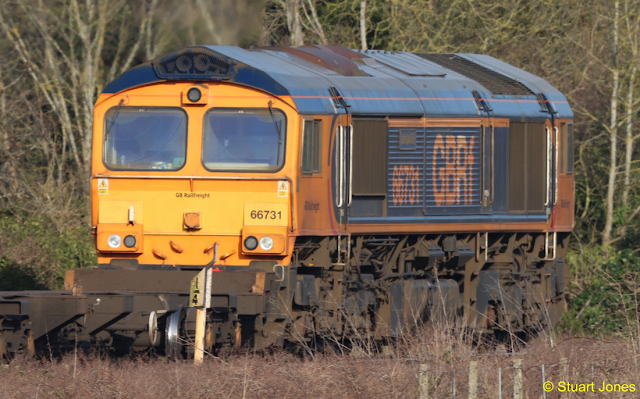 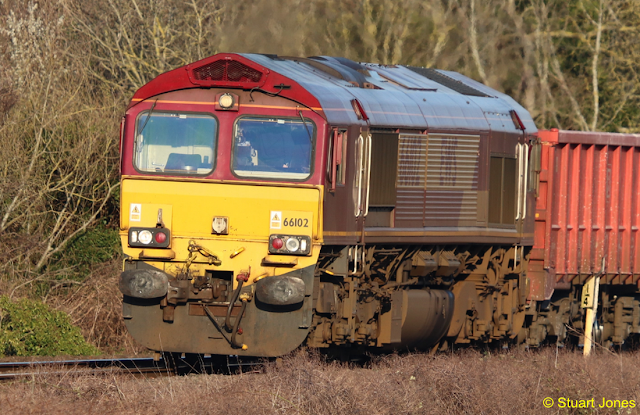 Only the first few flowers on the rapeseed crop were starting to show when 66089 rumbled past on 25 th March. Today they are blooming. 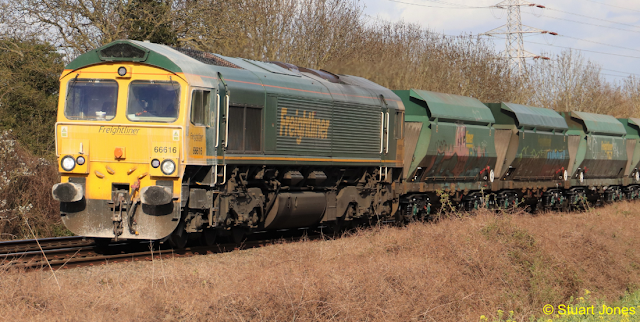 Freightliner 66616 is still wearing a layer of cement dust from transporting an earlier cargo as it heads the 600 tonnes of the 651E from Barham to Tunstead Sidings on 2nd April.

66785 had been 666132 in any earlier life and was working from Toton North Yard to Whitemoor Yard on 1st April. 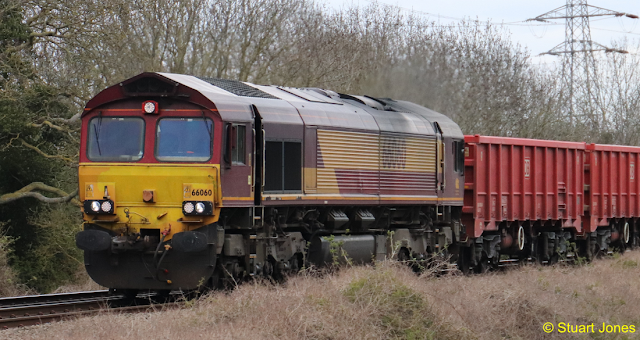 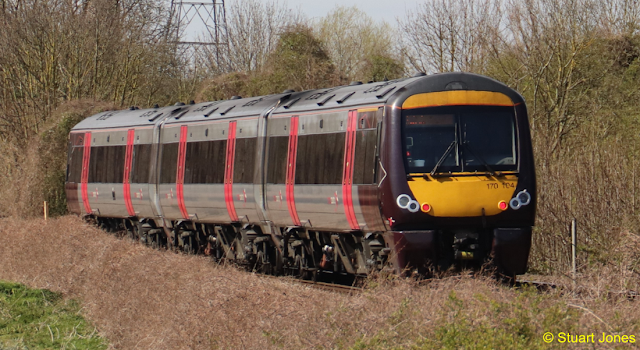 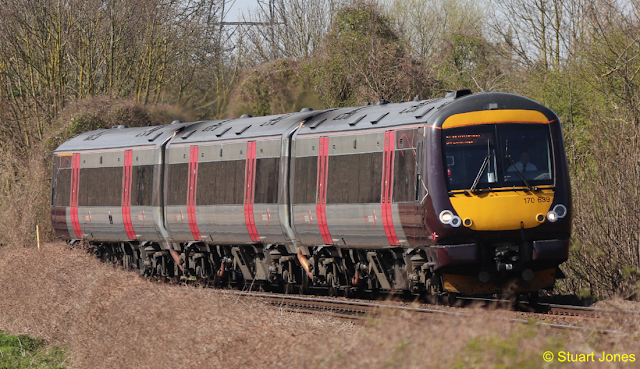 Most passenger services on the line are worked by Cross Country’s Class 170 diesel multiple units though East Midlands Railway provides the odd class 158.
The 170s ran each way between Stansted Airport and Birmingham New Street every hour when this was taken on 4 th April. 170639 was heading for Stansted. 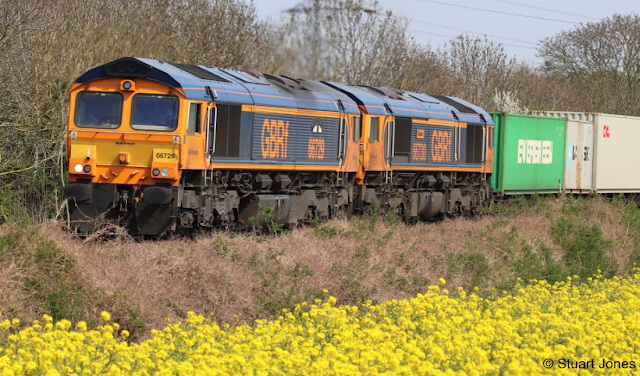 On Easter Monday, Class 66 no 66705 ‘Golden Jubilee’ was running 20 minutes early in charge of the 6E85 from Middleton Towers to Barnby Dun Roc. Glass minerals train.

‘Whitemoor’ was back, running 111 minutes late, at the head of the 5Z37, a Norwich to Barry Tourist Railway empty coaching stock movement on Monday 13th April. The carriages were formerly with Greater Anglia.

Rail Operations Group’s Class 47 no 47815 ‘Lost Boys 68-88’ hauls a rake of five Greater Anglia coaches from Norwich to Leicester on Easter Monday. It was designated the 593E. 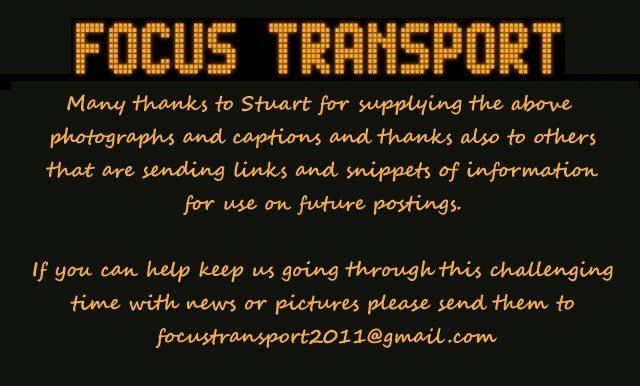