York-based train company Grand Central has stopped all its services.

The company announced on 3rd April a temporary suspension of train services during COVID-19 restrictions as Coronavirus restrictions continue to affect passenger numbers. 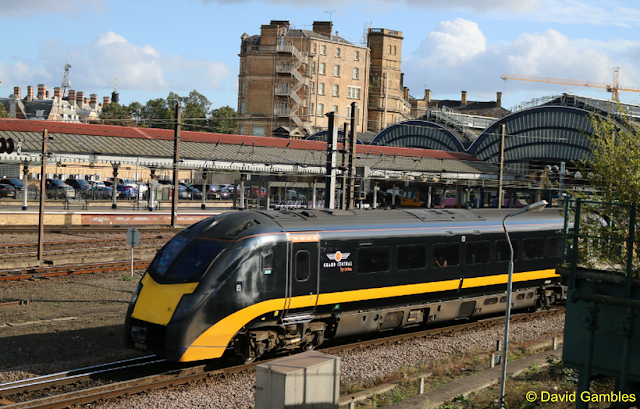 The York-based operator, which runs services between Sunderland, Bradford and London Kings Cross, said the measures were ‘necessary but temporary’ and it anticipated services would cease for an initial two months. The company operates under an ‘Open Access’ business model and does not receive support from the Government.

Grand Central Managing Director, Richard McClean, said: “So far we have offered a rail service, under a reduced timetable, in order to keep key-workers moving at a time of crisis. This comes with all the costs of running a train service, while bringing no ticket revenue to our business.

“This situation is unsustainable and, following several days of discussion with the Department for Transport (DfT), we have no alternative but to suspend our services.


“Customers who have a ticket to travel with Grand Central can claim a full refund from the place they bought their ticket. People who absolutely need to travel, in line with government restrictions, can use their Grand Central ticket to travel on other train companies’ services.”
Blackpool to Euston services, and the launch of our planned extra daily trains on Grand Central’s Sunderland to Kings Cross route" have been delayed until early 2021."

He said Grand Central had held talks with the three main rail unions to ensure the best possible outcome for staff during the hibernation and that the company would make full use of the Government’s furlough scheme.

“A skeleton team will continue working to ensure Grand Central is ready to resume services as a thriving train operator, serving communities across the country, once restrictions ease,” he added.

“We recognise this will be disappointing news and we know how many people rely on our services and we thank all our customers for their fantastic support and understanding.”

Mr McClean also recognised the efforts of Grand Central staff, whom he said had proved ‘professional, understanding and supportive throughout this situation’.


“I emphasise that while these measures are necessary now, we are planning for them to be temporary,” he said. “Grand Central enters this new chapter from a strong position. My team and I will do everything we can to get Grand Central back on track once restrictions are lifted. Until then, please stay safe”.