Harry Potter-branded buses normally used to take fans to film studio tours are being offered as free transport for staff working in the NHS. 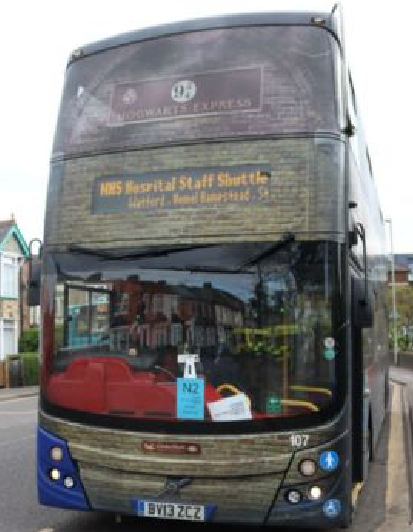 The buses will take them between three sites in Hertfordshire, and will have on-board social distancing rules.

Warner Bros and coach company Golden Tours have had to cancel all trips to the Leavesden studios where much of the Harry Potter filming took place. 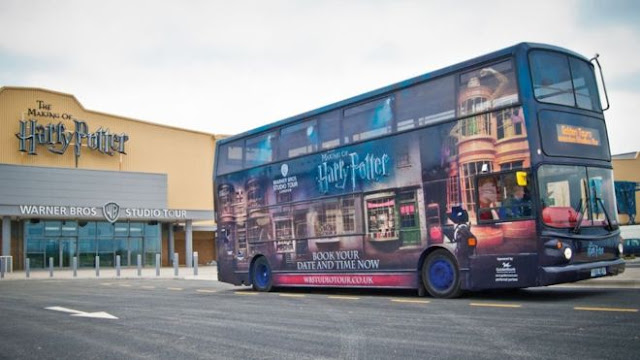 Normally the regular shuttle buses, operated by Mullany’s Coaches, run from Watford Junction to the Studio Tour with a journey time of around 15 minutes. Buses run every 20 minutes from 9.20am (with additional services available from 8.15am when the first tour is at 9am).

The NHS said the move was a "great idea".
Our workforce has been depleted due to sickness or self-isolation and so it's really important that those staff who are well, but have transport issues, can come back," Paul da Gama, from the West Herts Hospitals NHS Trust, said.

He said the shuttle bus service between hospital sites was the "perfect solution".

Mikesh Palan, who manages the coach company, said as people begin to "enjoy days in and not days out", he was "delighted" to offer his buses to the NHS key workers. 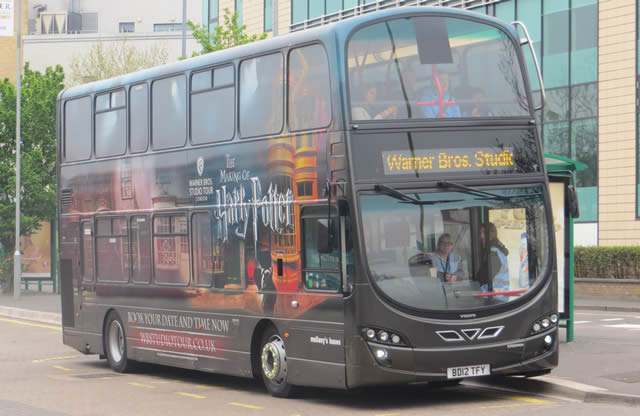 The buses, brightly decorated with scenes from the making of the Harry Potter films, will be used to take staff between the NHS trust's Watford General, St Albans City and Hemel Hempstead hospitals between about 06:00 and 22:30.