Brussels operator STIB-MIVB has placed an order for 128 hybrid Volvo buses, which includes the options for servicing and maintaining the traction chain and batteries. The vehicles will be delivered in 2021. The aim is to gradually convert the city’s entire vehicle fleet to electric propulsion.

The purchase of the 128 Volvo 7900 Hybrid buses takes place within the framework of an agreement that was awarded to Volvo Buses by STIB-MIVB in 2018. STIB-MIVB provides public transport in the Belgian capital. 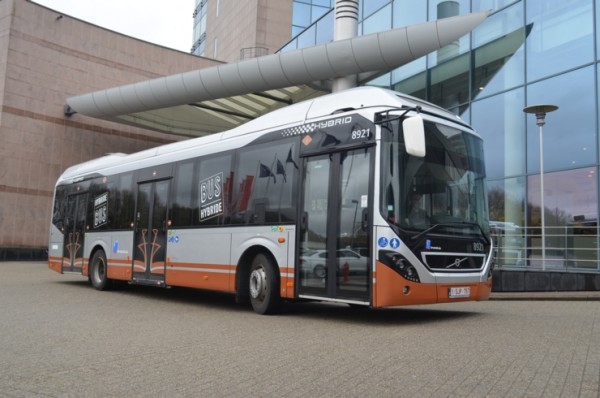 Since then, Volvo has delivered 110 hybrid buses for the Brussels public transport network. The first batch of vehicles is equipped with access to Volvo Buses’ fleet management system.
“It’s very inspiring that Brussels and STIB-MIVB are continuing the development of a sustainable public transport system, even in these difficult times. Sustainability will continue to be high on the agenda for cities also going forward,” says Håkan Agnevall, President of Volvo Buses.

“The bus network in Brussels is developing rapidly along two complementary axes: energy transition at one hand and a major redesign of our routes as to further increase the public transport offer by almost 30% in a few months.

The Volvo hybrid fleet is a major building block that enables STIB to leverage in this double challenge.”, says Renaud de Saint Moulin, Senior Vice President, Transport Systems at STIB-MIVB. The relation between Volvo and Brussels is a long-standing one with the B59 series running in the the streets of Brussels in the 1980’s and 1990’s.

The Volvo 7900 Hybrid is propelled entirely by electricity, quietly and emission-free from standstill up to 20 km/h. At higher speeds a small diesel engine is automatically activated.

The bus’s batteries are charged via the energy recovered during braking, so no charging infrastructure is required. According to Volvo fuel consumption and CO2 emissions should be 25 to 40% lower than for a corresponding diesel bus.
Particle and nitrogen oxide emissions are 50% lower.