From 2021 they will provide transport services in the Dutch province of Zuid-Holland (South Holland). Also included is a 12 year servicing contract. 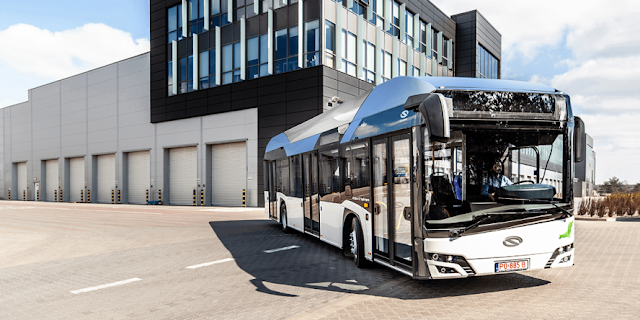 The Solaris Urbino 12 hydrogen buses use a set of 70 kW fuel cells. The energy needed to power the bus is produced in the fuel cell that converts hydrogen into electricity. The hydrogen is stored in gaseous form in 5 new-generation tanks placed on the bus roof. The composite tanks, placed longitudinally above the first axle of the vehicle, has a total volume of 1560 litres.

The electricity feeds the bus driveline which consists of an axle with electric engines. The bus is also fitted with a Solaris High Power battery which acts as an additional electric power storage facility.

The only by-products generated during the operation of the Solaris Urbino's are heat and steam. Consequently, the vehicles do not generate any noxious substances whatsoever. Refuelling of hydrogen buses will be carried out at a hydrogen filling station in the vicinity of the bus depot. Private passenger fuel cell cars will also be allowed to use the infrastructure. 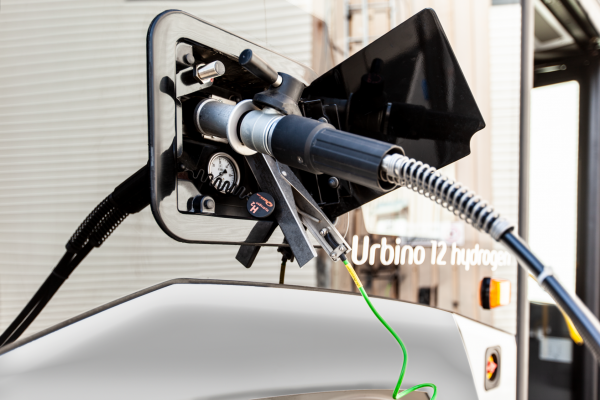 The Urbino 12 Hydrogen buses have seating for 37 passengers. Passengers will be provided with USB ports, air conditioning, information displays and a wheelchair space. The driver will have a camera system replacing the mirrors, projecting the image on to displays inside the vehicle. 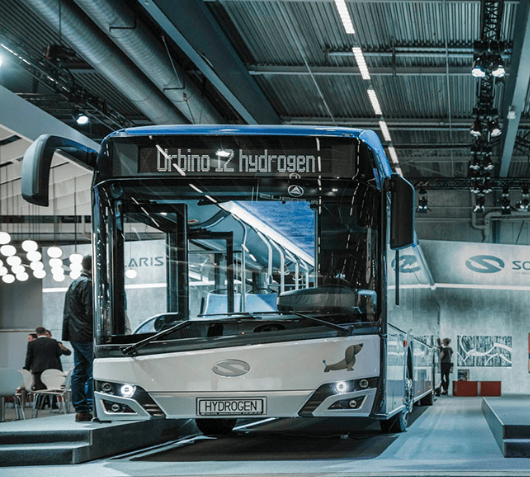 The Transdev Netherlands group is one of the biggest operators in the Netherlands. Connexxion will utilise the hydrogen buses in the Hoekse Waard and Goeree-Overflakkee regions in Zuid-Holland, the most populated province of The Netherlands, located along the North Sea coast. 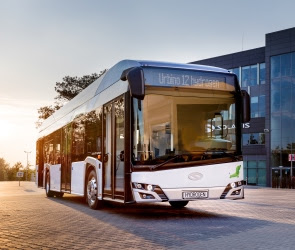