Solaris has announced that it will produce a 15-meter Urbino electric bus (the next generation of the Urbino 15 LE). “This year will see the manufacture of a completely new generation of the Solaris Urbino 15 LE model, created solely with zero-emission drivelines in mind. The bus will be certified and offered with specs characteristic for class I vehicles – as a city bus, and for class II vehicles – as a bus for inter-city transport.” 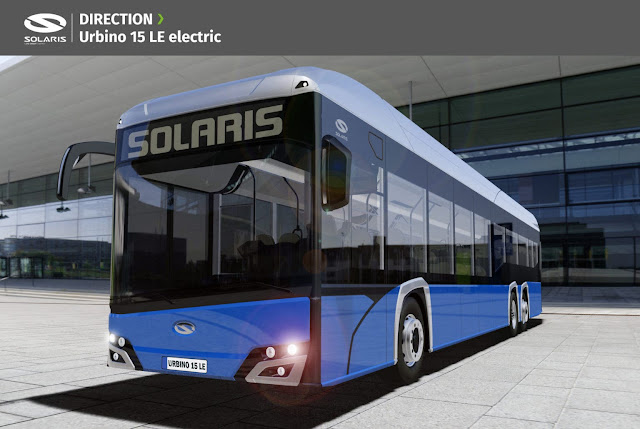 “The decision to build a new bus was triggered not only by market interests, but also by the unprecedented technical progress with regard to electric buses, in particular in terms of energy storage. 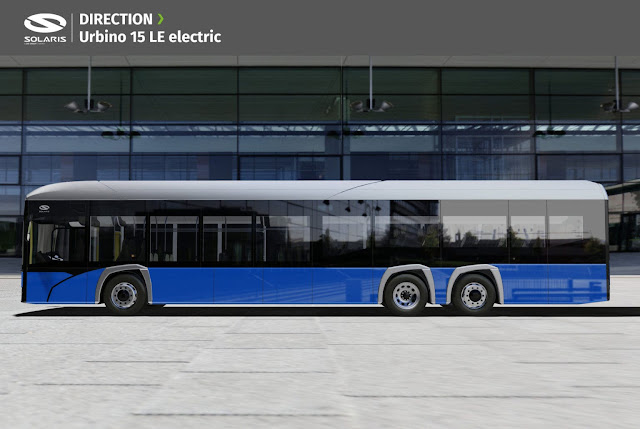 Energy storage in the SU15 LE electric buses will be covered by Solaris High Energy+ batteries of the latest generation which were presented by Solaris last year. The new battery solution allows to offer a drive range on a single charging which will fulfil expectations of municipal and inter-city carriers in any travel conditions. 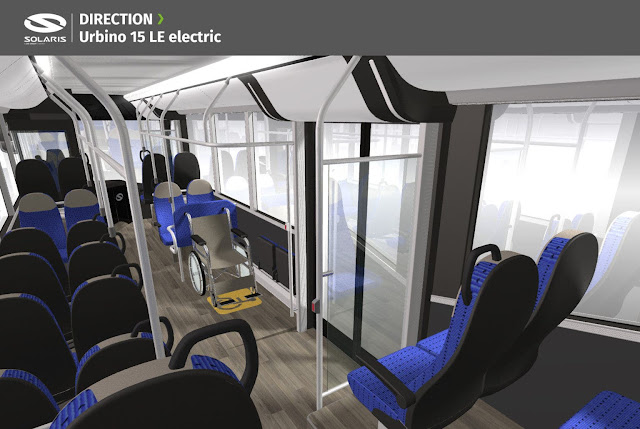 “The first two pre-series vehicles will be fitted with 6 battery packs with a total capacity of over 470 kWh. Two will be roof-mounted and four will be placed in the back of the bus. The batteries in this model can be recharged by means of a plug-in, or, at the customer’s request, also using a pantograph. The options available will be pantographs mounted on the vehicle roof or inverted ones. Everything will be consistent with customer preferences and compatible with the existing or planned charging infrastructure. 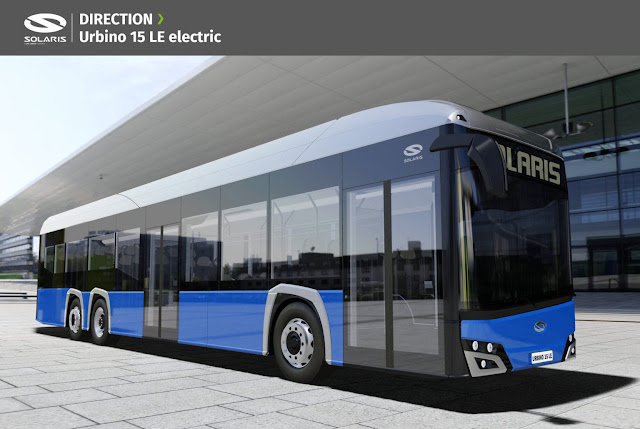 “The drive unit of the tri-axle Urbino version will be the liquid-cooled, 300 kW central electric motor CeTrax. The driveline will be moved to the second (middle) axle of the vehicle. In order to reduce the use of energy to a minimum, the manufacturer will implement SiC technology in the bus propulsion area.”