A proposed major rail project will cut congestion between Birmingham and Coventry, and bring new customers to Birmingham Airport.


Details of new rail services linking Coventry and Birmingham International station with the North East and Yorkshire are published this week.


They include hourly, direct services to and from Derby, Sheffield, Doncaster, York, Darlington, Durham and Newcastle. 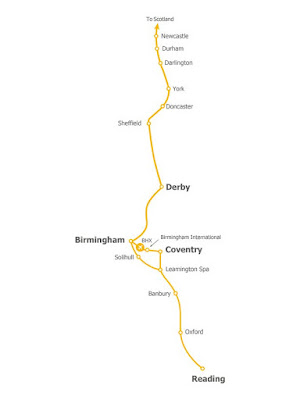 The improvements, due to cost between £125m and £180m, will also double double the number of services to Birmingham International and Coventry from Leamington Spa, Banbury, Oxford and Reading, from one to two trains per hour.


And there will be new direct services between Birmingham Moor Street, Solihull, Warwick Parkway and Oxford.


One of the aims is to improve connections to Birmingham Airport, which is next to Birmingham International Station. The new services will give 2.2 million more people easy access to the airport, potentially giving it more customers. The airport is a huge contributor to the West Midlands economy, supporting more than 30,000 jobs.

Nick Barton, Chief Executive of Birmingham Airport, said: "Enhanced rail connectivity to and from our regional cities and towns is crucial for our airport customers and employees, and supports our rail modal share target of 25.5% by the year 2023.

"Investing in infrastructure is now even more important than ever to help stimulate the economic recovery following the pandemic. We look forward to working with our partners to plan for the future and connect the regions by rail and air once again."


The benefits of these improvements would also be felt by commuters travelling on the Coventry to Birmingham rail corridor, one of the busiest in Europe, by reducing overcrowding and congestion.


Midlands Connect, the sub-national transport body, has submitted an initial business plan to the Government, and asked for £20m to develop detailed proposals. It says construction could begin in 2024.
The Government would need to agree to fund the scheme. It ties in with Boris Johnson's plan to invest in infrastructure to "level up" the country, and to kickstart the economy following the coronavirus pandemic and lockdown. It's part of a wider set of proposed rail projects know as Midlands Engine Rail.

Planned enhancements are made possible by double tracking sections of the railway between Leamington, Kenilworth and Coventry, as well as utilising the additional network capacity created by HS2 high speed rail line, which will reduce demand on the existing rail network.

The HS2 line also includes a new railways station called Birmingham Interchange station, which will be connected to Birmingham International via an automated people mover. Solihull Council is leading plans to develop the surrounding area with up to 5,000 new homes and 650,000 square metres of commercial space.

Sir John Peace, chairman of Midlands Connect, said: "As we work to recover from the economic impacts of COVID-19; embarking on an ambitious and successful path post Brexit, our international connections and relationships with other UK regions will become more important than ever. Providing a step change in rail connectivity to the city of Coventry and Birmingham International railway station, our proposals will enhance access to Birmingham Airport, the West Midlands’ gateway to the world, as well as the nearby NEC, Resorts World and Jaguar Land Rover. 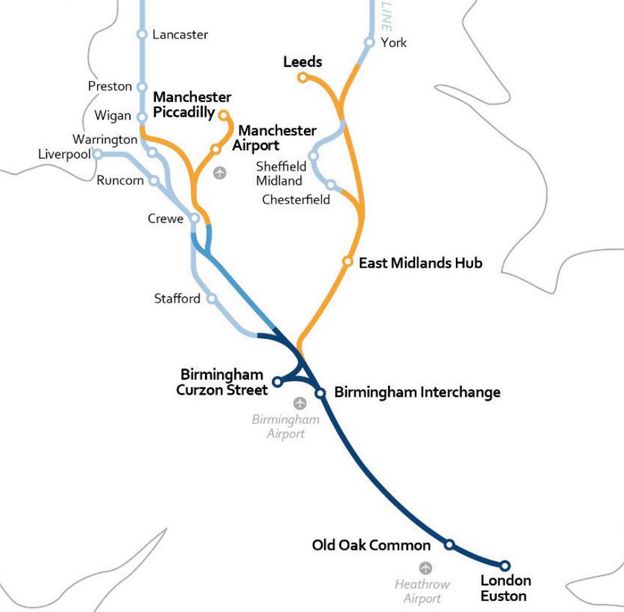 "Integrating these upgrades into the existing network, with the arrival of HS2 at the adjacent Interchange station, will generate unparalleled investment and growth, creating jobs, thousands of new homes and more places to work, live and relax. Our proposals will benefit workers, residents and travellers, bringing two million more people to within a direct rail journey of these exciting destinations."