An Irish Rail Story - Restoration of a Section of Clifden Line


Efforts are under way in Ireland to revive an 8km stretch on the old Clifden railway line.


Something has been missing from the mountains of Connemara for almost a century. Most tourists who pass through wouldn’t be aware that at one time, a railway connected Galway city with the coastal town of Clifden, about 80km away.

The sounds of a steam train haven’t echoed off the wild valleys since the mid-1930s. One man is determined to change that. Jim Deegan is the chief executive officer of Railtours Ireland and a lifelong railway enthusiast with a particular grá for the old Clifden line.

Maam Cross is, as the name suggests, at the crossroads of Connemara, roughly halfway between Clifden and the city. There’s not much to the area apart from a hotel, garage, mart and a replica of the cottage from the John Wayne film, The Quiet Man.


Just behind the mart is the site of the old railway station. Opened in 1895, it was the centre of life and commerce in the area in its heyday, but closed on April 27th, 1935.

Deegan has been coming to the area since his early childhood, catching glimpses into the past from the car window on family holidays. His grandmother lived just up the road in the Maam Valley. 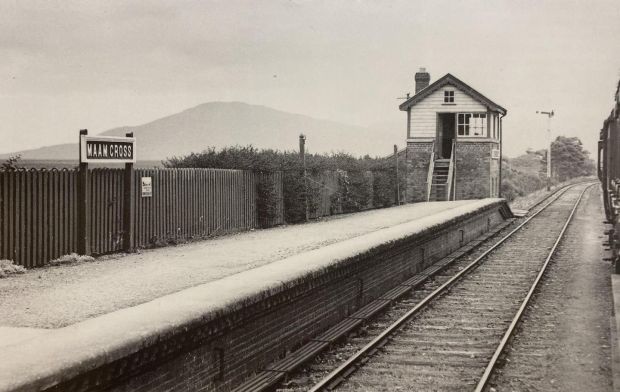 “I was fascinated by this beautiful railway line that was closed down but all the embankments, cuttings and the bridges and indeed the stations were still there. So I had this childhood ambition to try and restore a bit of the Galway to Clifden line,” Deegan explains.

It has taken some two decades to reach the point the project is at now. As we drove out to Maam Cross, Deegan is able to point out precisely where the line once ran. Through a tunnel (now being converted into a bar) under Galway city, across the river where the old stone pillars still loom over the waters of the Corrib and out towards Connemara.


The embankments and crossing keepers’ cottages are still peppered along the N59 road and in the adjoining fields. The former station buildings along the route are now private residences or have been turned into factories, leaving the site at Maam the best option to begin the line’s revival.

“Maam Cross came into my sights about 20 years ago and it took quite a long time to negotiate the acquisition [of the site]. We moved in on St Valentine’s Day 2017.”

This kind of project doesn’t come cheap. Phase one will cost some €300,000. The completion of this phase will, coronavirus dependent, see a steam train running again on a temporary pop-up 3ft narrow gauge railway.

A small steam rally will see the train running on the demonstration line and several road-going steam traction engines in late September 2020. Connemara’s first “Tour de Steam” will also see some of the road engines travel to different towns in the area.
Everyone is doing it for the love of it. We’ve got accountants, engineers, Irish Rail staff past and present, quite a cross section of people 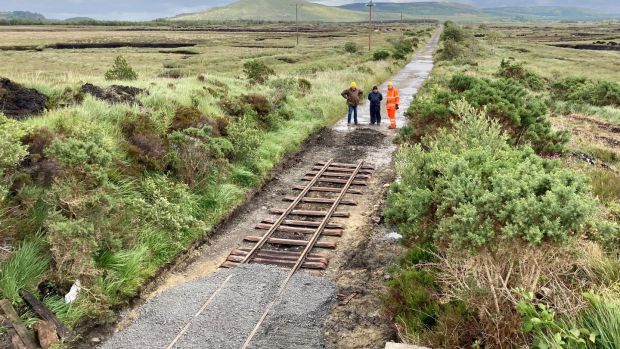 After this event, the pop-up line will be removed and a permanent stretch of broad gauge track of 5ft 3in width (the same as Irish Rail) will be laid. It is hoped that there will eventually be 8km (5 miles) of track for the larger steam trains to carry passengers with Maam Cross roughly in the centre. Public fundraising is ongoing via a GoFundMe page.


Phase two will see further restoration of the station site and rebuilding of the original station buildings that were demolished.

But why bother? Why spend so much time, money and effort to recreate something that hasn’t been used for the better part of a century? Partly at least for the same reason the original Midland & Great Western Railway built the line in the first place.

“The railways were the genesis of tourism in Ireland. Angling was one of the main tourism activities which brought in a very wealthy clientele from the opening of the railway and was really the start of tourism in Connemara.”

The Connemara Express ran from Dublin’s Broadstone station to bring in tourists in the early 1900s. The train was painted in a blue and cream livery, which in the long term Deegan hopes to recreate behind a brand new steam engine.

“Unfortunately there were no midland engines preserved so we are looking at following a trend that’s quite common now in the UK where heritage railways are building brand-new engines. We hope to go down that road subject to funding.”

Deegan began his career in Bord Fáilte in London before moving to B&I Line ferries and then into property development. An opportunity to become the first rail-based tourism company in Ireland saw him come home to found Railtours Ireland, which uses ordinary service trains and chartered buses. 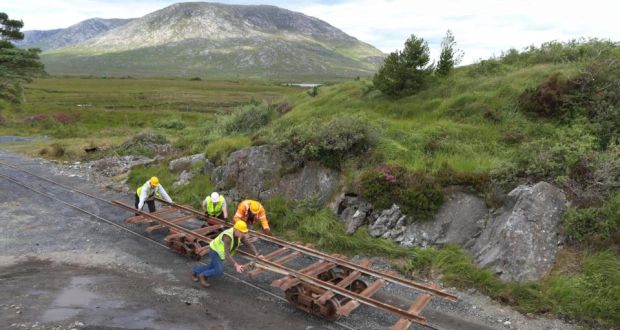 “We’re finding it extremely difficult, as are many businesses like mine that are dependent completely on overseas visitors. But we are working on an initiative for the domestic market to create a staycation with a difference using rail.”


Even with the project’s links to Irish heritage and its location on the edge of the Gaeltacht region, grants and funding have been difficult to come by. “We’ve had absolutely no assistance from any State agency unfortunately. So far it’s been extremely difficult but we are hoping for some assistance [in future].”


Deegan’s passion for the project is evident and he’s not alone in his efforts. Volunteers work on site laying track and making it presentable to the public.

“We try to make the whole experience [of volunteering] fun because that’s what it’s all about. Everyone is doing it for the love of it. We’ve got accountants, engineers, Irish Rail staff past and present, quite a cross section of people. We’ve got the Mayo gang who come from all over Co Mayo, local people from Leenane and Rosmuck and from Dublin.” 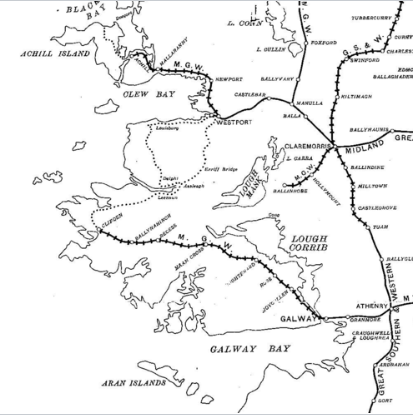 Deegan hopes his early childhood memories of an abandoned railway will be transformed into a new reality: the sight of steam returning to a place where his family tree was sown.

“To see a steam train travelling through the savage beauty of Connemara will be something that will be one of the most memorable moments of my life.”