A German coach company which already has a major presence in mainland Europe is eyeing the domestic market with its UK launch this week.

FlixBus has announced plans this week to run four new routes between the capital and Birmingham, Bristol, Guildford and Portsmouth. 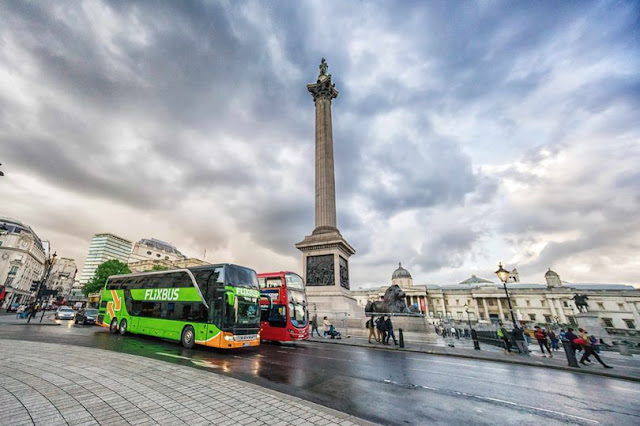 The Munich-based company, which first started operations in 2013, said it would run around 200 trips a week and was hoping to add further UK routes in the future.

FlixBus bills itself as Europe's biggest provider of intercity coach travel and pre-lockdown was offering 400,000 daily connections to 2,500 destinations across 32 countries. 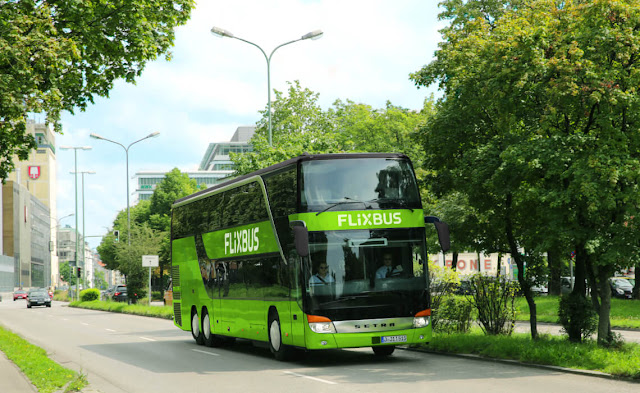 Last year, it carried 62 million passengers and occupied a 90 per cent share of the long-distance bus market in its German heartland in the first four years of its existence.

The company, which also launched in the US in 2018, does not actually own any coaches or employ drivers.

Instead, it works with local operators to run services and take care of day-to-day business although its vehicles do carry FlixBus branding.

Flixbusis not a complete stranger to the UK market as it already runs services between London and destinations such as Amsterdam, Brussels and Paris and had been planning to launch here before the pandemic brought everything to a halt.

Its new UK routes start on Thursday with six coaches along with the resumption of its services in mainland Europe.

The company said it would be implementing coronavirus measures including disinfecting coaches before every journey, obliging all passengers and drivers to wear masks and selling around half of the seats to help with social distancing.

UK managing director Andreas Schorling said: "With the lockdown restrictions easing, people will want to start travelling to see family and friends, go back to university or college or travel for work and we will offer a safe, comfortable and affordable way to do this.

"On top of that, travelling by coach is the greenest way of travelling in Britain.

"As we are partnering with local firms, we will also be giving a boost to businesses that have been hit hard by covid-19.

"This is just the beginning - we have great plans for Britain and aim to grow to market leader by 2025."