The fast, eco-friendly way of travelling from the UK to the Alps has been cancelled.

To the massive disappointment of skiers, snowboarders and the ski industry, Eurostar will not be running its iconic 'Ski Train' this winter. 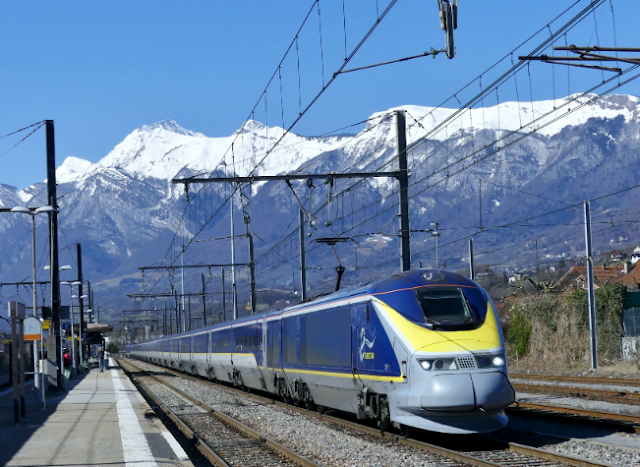 But Britain's winter sports enthusiasts aren't taking the decision lying down and a campaign - Save The Ski Train - has been launched in a bid to persuade Eurostar to reinstate the unique service.

Since 1997, the train has run twice weekly from London and Ashford to the popular Tarentaise region of the French Alps, dropping skiers at Moutiers, Aime-la-Plagne and Bourg-Saint-Maurice, stations that give them quick access by bus or taxi to 16 major ski resorts, including Méribel, Courchevel, La Plagne, Les Arcs, Tignes and Val d'Isère.

With 750 skiers on each train, the Friday overnight and Saturday daytime services carry a total of 24,000 holidaymakers every winter.

And for the previous two seasons, for February half term, the Ski Train sold out within five hours of tickets going on sale.

The daytime train makes the 830km (515 miles) trip from London to Bourg-Saint-Maurice in just over eight hours and is frequently faster than flying when compared door to door — with an estimated 80 per cent reduction in CO2 emissions.

Travelling on the overnight train each way gives skiers two extra days on the slopes. 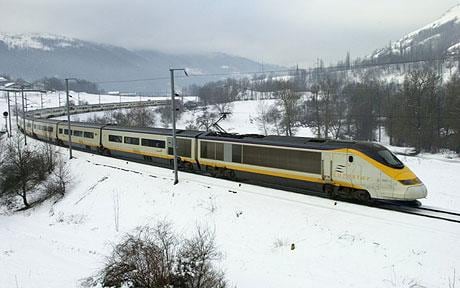 Daniel Elkan, founder of independent rail-ski guide Snowcarbon, says: 'Skiers and snowboarders are gutted by the loss of this hugely popular train. Why would you spend an entire day navigating airport queues, sitting on cramped, gas-guzzling flights and on tedious transfers when you could be smoothly, safely and scenically gliding by train to your ski resort? It's the most magical start to a ski holiday.

'This cancellation is a damaging step backwards by Eurostar. While there are indirect train routes to the French Alps [via Paris for example], these can't compensate for the loss of the direct Ski Train.'

Transport is by far the biggest environmental factor of a ski holiday.

A 2010 study by Alpine-sustainability charity Mountain Riders found that 57 per cent of the entire carbon footprint of a typical French ski resort was solely the result of transport to the resort. 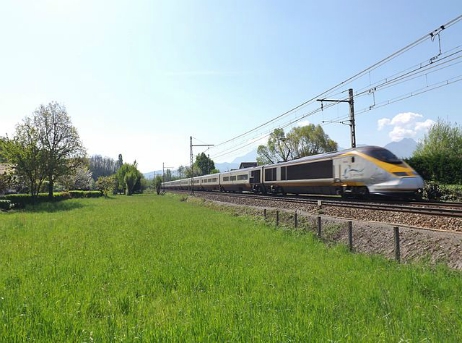 Dominic Winter, manager of environmental charity Protect Our Winters UK, says: 'The future of snow sports and the wider planet depend on us switching rapidly to more sustainable modes of transport. The loss of the Ski Train would be a huge blow to progress on climate change in outdoor sports.'

The Save The Ski Train campaign, launched by Snowcarbon, Protect Our Winters, Ski Flight Free and SaveOurSnow, will create a voice for skiers, snowboarders and the ski industry together to try to persuade Eurostar to put the Ski Train back on.

'Eurostar's decision is premature and seemingly made without any consultation of skiers or the ski industry,' says Elkan. 'There's still time to think again.'

In response to the Save The Ski Train campaign, Eurostar told MailOnline Travel: 'As we restart our service, we are focusing our timetable on our routes between capital cities, which have the highest demand from customers at the moment and shorter journey times.

'Therefore we will not be running our ski service in the 2020/21 winter season. 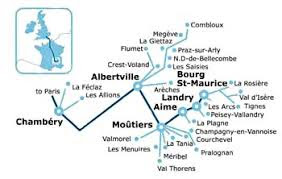 'We always work to provide a comfortable experience on board for our travellers, and whilst our services operate with restrictions on food service, the compulsory wearing of masks, and significantly increased hygiene measures and high-frequency cleaning, these standards are more challenging to maintain on long-distance routes.

An industry source told MailOnline Travel that the decision by Eurostar would be reviewed after the 2020/1 season.

The alternative way of reaching the French Alps by train from London is to take a Eurostar to Paris, then cross the city to Gare de Lyon, and take a direct TGV from there.