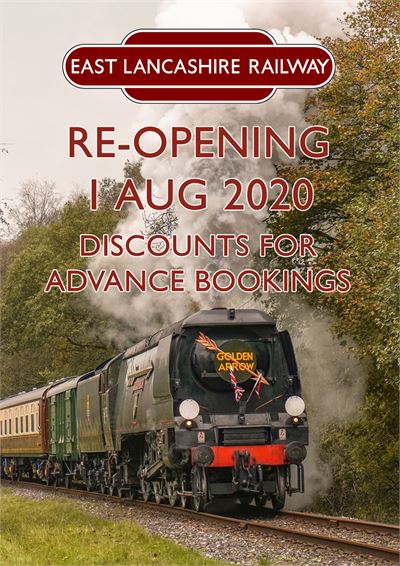 The East Lancashire Railway has announced that they will begin running limited services from Saturday 1st August. They will be following Government guidelines to ensure the safety of visitors, volunteers and staff.

Their news page says "We wouldn’t have made it this far without the compassion and support of our community, and we couldn’t be more grateful. Now we ask that you help keep us on track by supporting our re-opening and picking up one of our travel tickets!"

This is the first stage of a phased re-opening that will see the railway running on 1st, 2nd,

8th and 9 August.
The railway hope to keep operating past the above dates and say "we will be reviewing the approach going forwards. In the meantime you can purchase one of the advance tickets and join the railway on what we do best, steaming through the Irwell Valley!" 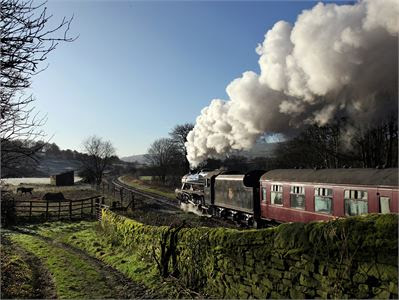 About The East Lancashire Railway


The East Lancashire Railway is a 12-mile heritage railway that runs steam and diesel train services through the beautiful Irwell Valley, from Heywood in the east to Rawtenstall in the north.

The railway has a rich history dating back to 1846 when it was first opened to link Manchester with Bury and Rawtenstall during the industrious 19th century.

Thanks to a determined group of pioneers, the railway re-opened its doors back in 1987 and began running leisure services. Today, over thirty years later, the railway is run by a small paid team and over 750 working volunteers and is one of the most popular visitor attractions in the North West, welcoming over 200,000 visitors each year.
Find timetable information, prices and book your tickets here. 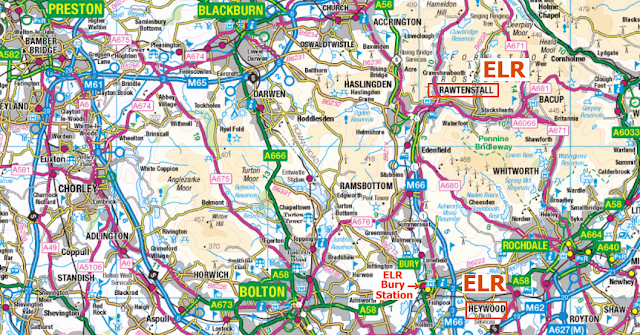