Statesman Rail has confirmed that the latest charter train venture from Locomotive Services Limited will begin with an inaugural journey later this year. 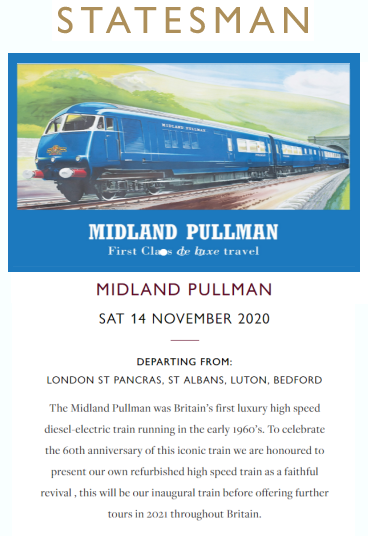 Rumours have circulated for some time that the LSL-owned HST set would appear in a somewhat different livery. It has now been confirmed that both powercars and all nine trailer vehicles are to be outshopped in a modified 'Blue Pullman' livery, close to that of the original trains. Like the original sets, the HST powercar will not carry a yellow front end, thanks to modified headlights. 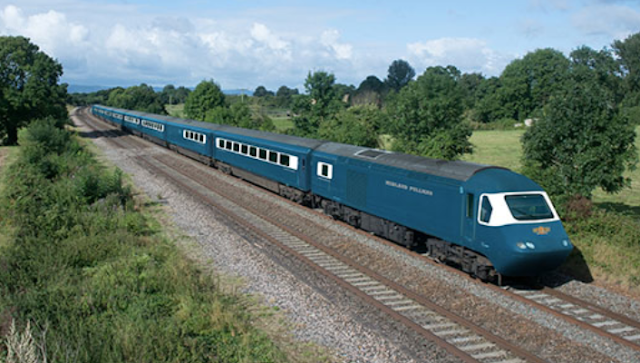 The train is being painted and assembled at Eastleigh Works by Arlington Fleet Services, prior to moving to Crewe in October.

Departing London St Pancras at 9 am, the tour picks up from St Albans, Luton and Bedford before making it’s way North following closely to the original 1960’s route, taking passengers along the Midland Mainline and through the Derbyshire Peak District offering amazing views.

Once reaching Manchester, passengers can spend the afternoon at the Christmas Market featuring over 300 stalls selling food, drink and gifts. There will be two ticket types, First Class from £142 and Pullman Dining from £295. 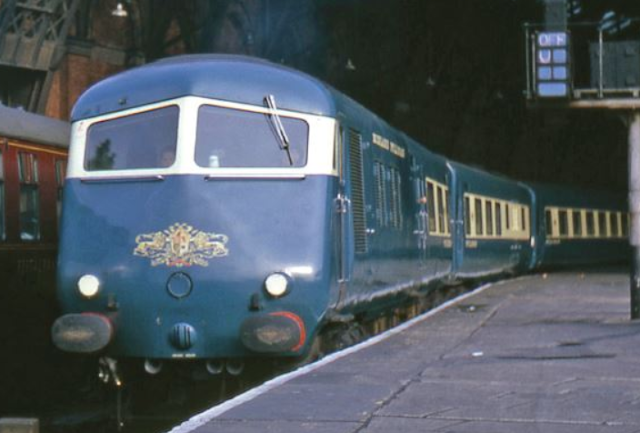 The Original Blue Pullman
The Blue Pullman began running on July 4th 1960, heading south from Manchester to London St Pancras, taking just under 3¼ hours including the difficult section through the Derbyshire Peak District. The Western region introduced their services on September 12th 1960.
The trains were air conditioned, demonstrating how advanced they were for the time. Air con wasn't introduced on normal BR stock until the advent of the Mk2d coaches in 1971.
Initially rough riding over the motor bogies was a problem, especially on the southern section of the Midland Main Line. Unusually, the leading power car bogie was unpowered, power being transmitted through the rear bogie together with leading bogie of the trailer car.
Withdrawal of the sets came in 1973 ending a far sighted venture into UK luxury train travel. 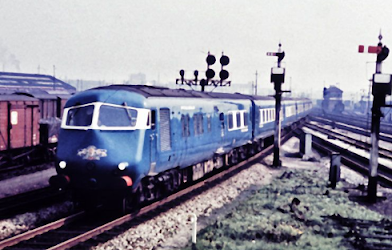