The first photos of the brand new Island Line trains, which are currently being built by Vivarail in the Midlands, have now been released.

In September 2019, South Western Railway announced £26m of investment in Island Line that would see the Class 483 replaced by Vivarail’s Class 484 trains, as well as improvements in infrastructure allowing for a trains service at regular 30 minute intervals. 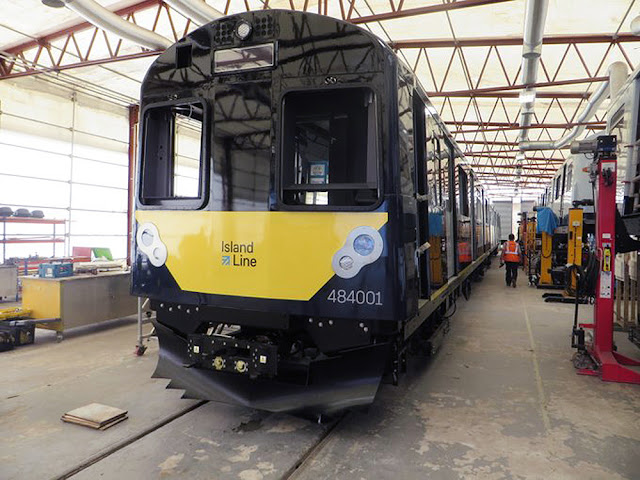 The Class 484 trains will operate between Ryde Pier Head and Shanklin and will replace the  former 1938 underground stock.

South Western Railway has shared photographs of the build process ahead of the first train arriving on the Isle of Wight later this year – date to be confirmed.


The ‘new’ trains are technically, 42-years-old. The 1978 former London District Line stock has been completely overhauled by Vivarail and run on bogies from the 2000s. This is a stark contrast to the current trains being used on the Isle of Wight which are older than some of the trains running on heritage steam railways. 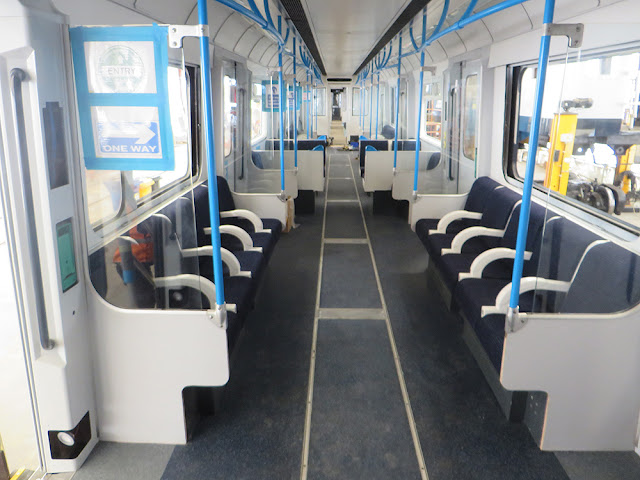 The new trains will provide more capacity, better accessibility, USB charging, passenger information systems and onboard wifi. They will also allow the guard to easily pass between carriages to collect fares. As photographed above, the new trains have been fitted with a snow plough to clear debris from the tracks.

Five sets of  2-car trains have been ordered with each train able to accommodate up to around 188 people – a mix of 106 people standing and 86 seated. During peak times, a total of 4 carriages can be run as a single train giving a capacity of around 376 people.

Previously, it was said that the new trains would be running to a new Island Line timetable from May 2021 onwards, but due to the coronavirus pandemic, this is likely to be pushed back. 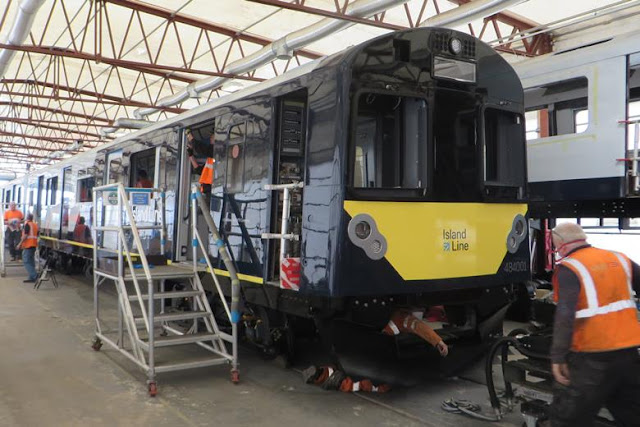 South Western Railway has confirmed that for almost 3 months no trains will operate between Ryde Pier Head and Shanklin whilst work is undertaken to transform the line, including the introduction of a new passing loop at Brading allowing for a regular 30-minute service.
Track enhancements will improve the quality of the ride, platforms will be upgraded to improve access to the Class 484 trains, and new ticket vending machines will be installed at Shanklin, Sandown and Ryde St John’s Road.


Rail replacement buses will be in operation and a minibus will operate up and down Ryde Pier – which will be particularly important during the wet months. 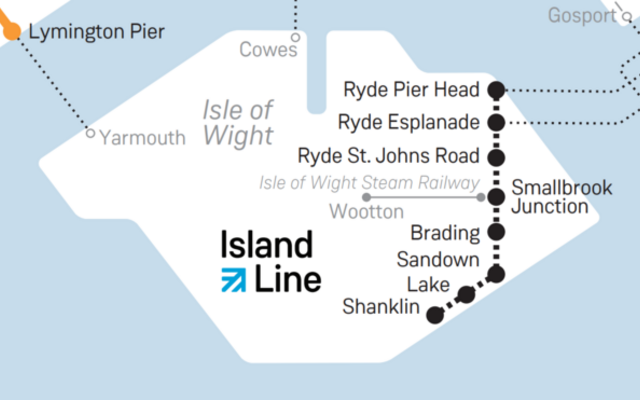 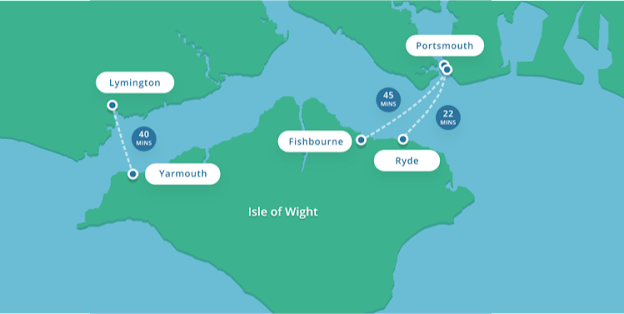